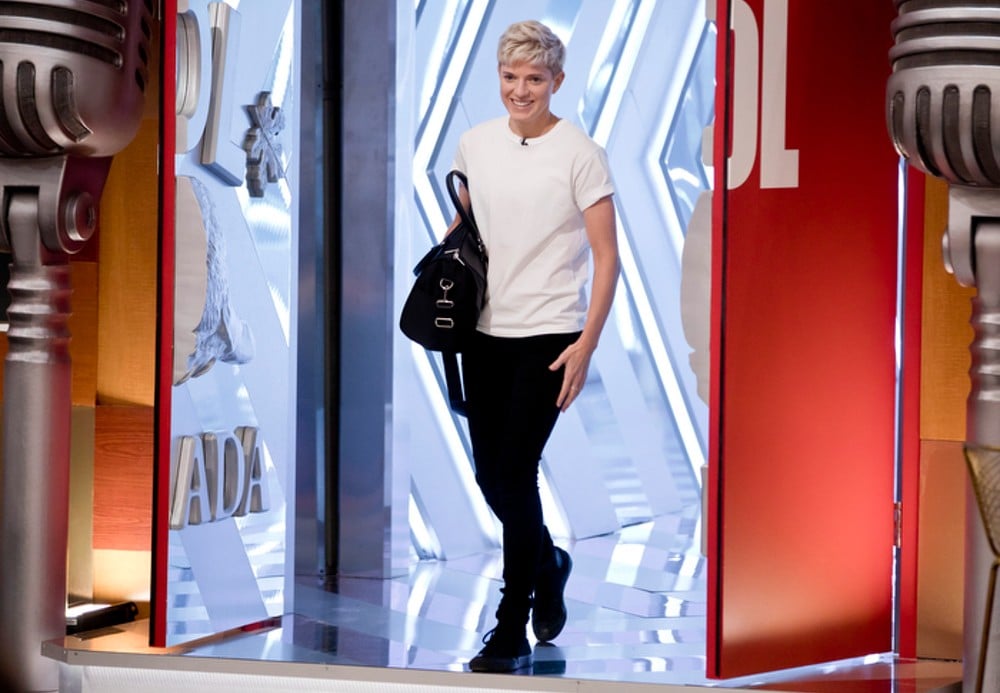 LOL: Last One Laughing Canada star Mae Martin is kind of special to us at Brief Take. For starters, we are absolutely huge fans of their Netflix series Feel Good, having both watched and devoured seasons one and two of the perhaps too slightly under the radar incredible now concluded series. We chatted by phone with Martin upon the launch of season one and it was one of our favourite interviews to date. Once we heard that Martin was participating in the series LOL,  in which the stated goal of the series is actually not to laugh, we found this really interesting, as Mae Martin is somebody that would definitely have us laughing immediately, but in a really sensitive sort of way as well. Watching the first few episodes of the series, we could see that Tom Green in particular had a particular effect on Mae Martin attempting to keep from bursting out in laughter, especially in his pronunciation of the term “cheese sandwich”, of which Green happened to be making at the time. In fact, when we interviewed Mae Martin at the video junket for the Prime Video series, we mentioned Tom Green, and Martin pointed out that they knew Debra DiGiovanni extremely well and had come into contact with performer Dave Foley as well, stating cryptically: “I knew that there there was going to be at least one Kid in the Hall on the series”, perhaps tying into Prime Video broadcasting their upcoming reunion. We also made sure to ask the London-based Martin about their upcoming role in season two of the Kaley Cuoco show The Flight Attendant, with Martin mentioning that they had recently completed filming their part. But more than anything else, we were thrilled to see Martin in the Toronto-shot LOL: Last One Laughing Canada, and though we had slightly different interpretations of how to pronounce LOL, we remain big fans of theirs.