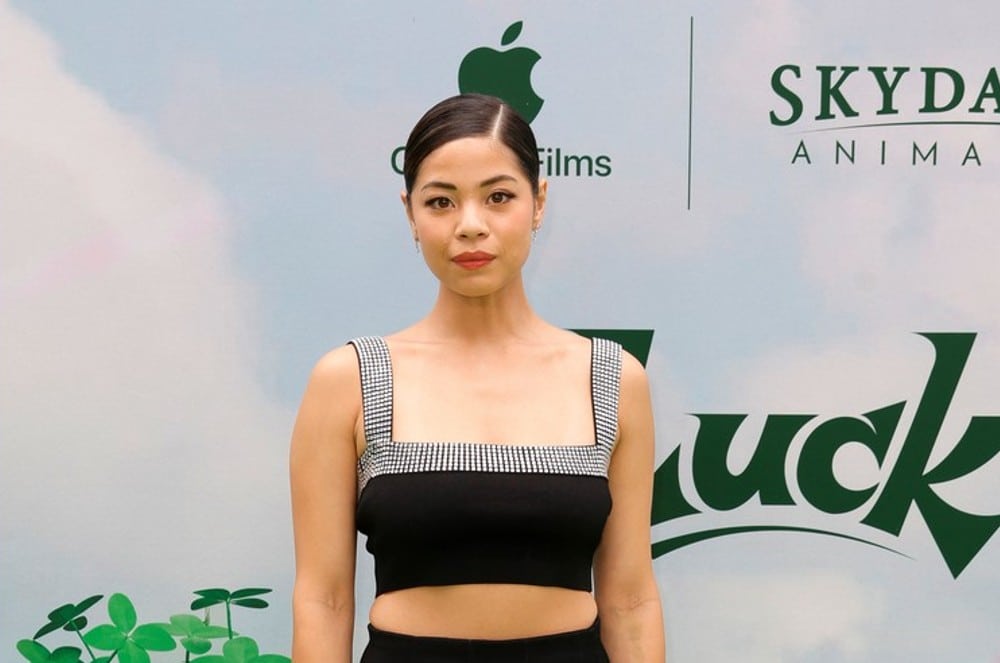 Calling all musical theatre fans! (You know who you are) Subsequent to watching her enchanting Broadway audiences as Eurydice in the Tony Award winning Hadestown, (not to mention crushing it in Miss Saigon opposite Jon Jon Briones), the supremely gifted actress and singer Eva Noblezada is taking her talents to Apple TV+ and Skydance Animation’s animated movie Luck in the lead role of Sam Greenfield, who happens to be the unluckiest person in the world. This quirky and charming film, directed by former choreographer Peggy Holmes and completed entirely during COVID, threatens to pull back the curtain on the behind-the-scenes battle between the organizations of good luck and bad luck. The film also features the voice talents of Simon Pegg, Whoopi Goldberg, Jane Fonda, Lil Real Howery, Flula Borg and John Ratzenberger. When it came time to promoting the heartwarming movie, we were, of course, most interested in speaking with the lead voice actress and two-time Tony nominee Eva Noblezada, and she definitely rose to the occasion. She shared with us what it meant to her to have a starring role in the movie Luck. She also opened up to us about some of her role models in the industry, as the family-friendly title has a strong emphasis on finding your forever family in your life. One of the people that she singled out that was of great interest is her romantic partner and former co-star in the musical Hadestown, Reeve Carney. As well,  Noblezada shared with us which guilty pleasure series she’s been watching recently (and her dog Petunia joins in on the fun with her).

Luck is available to watch on Apple TV+ tomorrow