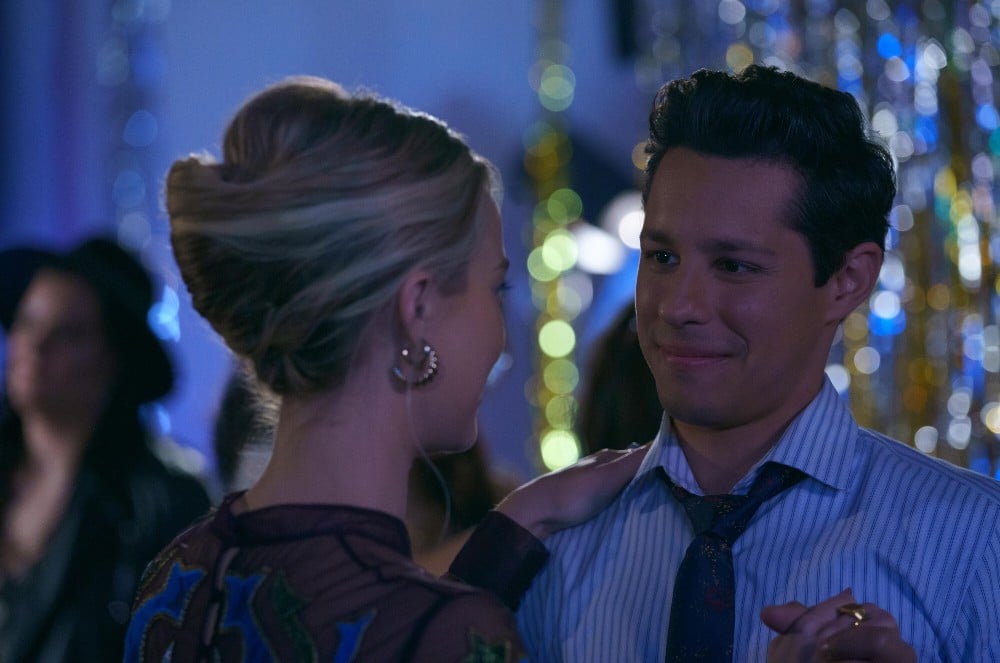 Part of the fun of setting up video interviews is the warm up time to get stuff in that doesn’t necessarily show up in the finished product. And in that time, when the talent is particularly willing to talk, you get to see what will land. For our video interview with Maggie star David Del Rio, one of the things that we were interested in sharing with him is that we watched his performance doing Movie Trivia Schmoedown, which the talented Latinx actor really seemed to enjoy that we brought up. In the final piece, when he discussed the movie The Perfect Storm, perhaps that was a bit inspired by his enjoyment of movie trivia. Another thread that ran through the video interview was the many different things that David Del Rio has gotten to do in his career.

First and foremost, he appears on Maggie as Ben, the love interest to Rebecca Rittenhouse’s Maggie (as well as Chloe Bridges’ Jessie), in the first ever streaming sitcom for Hulu. This was a feat that Del Rio hadn’t yet accomplished, but he had appeared in Pitch Perfect, he’s sung and performed on Broadway (and in Grease Live!), appeared in two Netflix Christmas movies starring and directed by Lauren Swickard, and he’s directed and produced a horror movie with his wife.

The sitcom Maggie comes from Maggie Mull, the daughter of Martin Mull, and stars the aforementioned Rittenhouse as the titular Maggie, a psychic. In the series opener, she sees a vision of the future in which she is about to marry Ben, based on a night of passion they spent together. The only problem is that Ben is back on again with his on and off girlfriend Jessie, and perhaps they are set to marry instead – Maggie is unsure. Del Rio brings great comic timing and presents different sides in the video below.


Maggie is now available to watch on Hulu