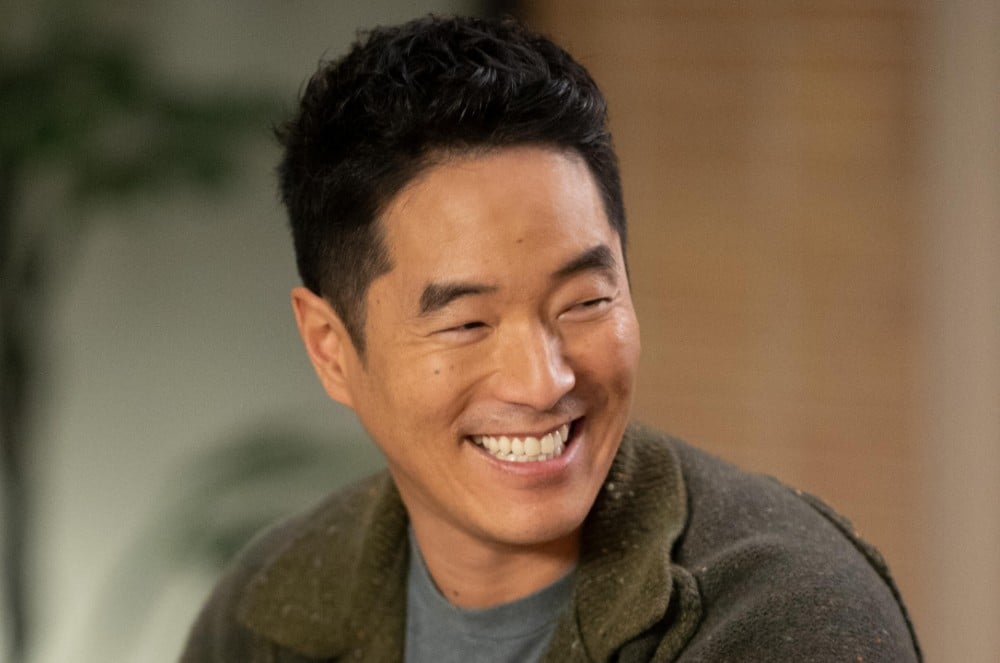 Leonardo Nam has been deemed one of the friendliest people to interview, so we were thrilled to speak to the talented Nam about his role in the first ever streaming sitcom for Hulu, Maggie, starring Rebecca Rittenhouse in the titular role, a psychic who has enough trouble attempting to figure out her own life. But before we were able to get the interview underway, Leonardo Nam informed us that he had just moved from his home base of San Diego to the Hollywood Hills in Los Angeles and he was framed by a wonderful picture window with a view of a gorgeous tree (hooray for discovering beauty on a Zoom interview). Once we had admired the view, we got down to business, discussing his role on Maggie as Dave, who like Nam himself is Australian-American and of Korean origin (but Nam also happens to be born in Argentina). But while we played coy about knowing that they built the role around his background and not vice versa, Nam is a fun addition to the series as the boyfriend of Angelique Cabral. We attempt to classify Dave as something of a ‘bro’, but Nam insists that he’s just having a good time, like the fact that the characters meet at Burning Man and that their earlier wedding doesn’t actually count, and the climax of this season of the show is their actual wedding. In fact, Leonardo Nam says that comedy is one of his many skills, pointing out his diverse roles as lab technician Felix in Westworld, and jumps at the chance to discuss how he was cast non-traditionally in The Sisterhood of the Traveling Pants (one and two!) as Brian McBrian, and calls back to The Perfect Score, with Chris Evans and Scarlett Johansson. Nam may have something else involving the pair on his radar, but for now, do catch Nam in Hulu’s Maggie.


Maggie is now available to watch on Hulu

Interview: The cast and creators of Killing It