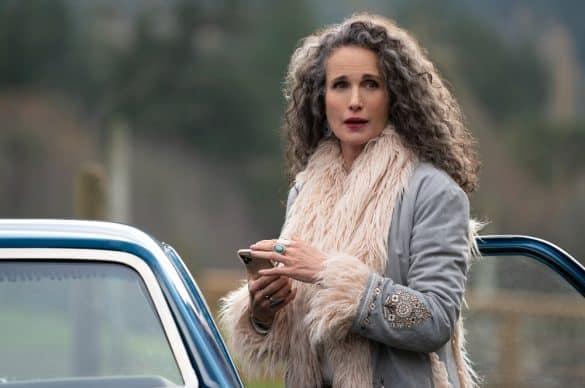 Because it’s worth it to play the long game, Andie MacDowell of Maid didn’t realize that we have been looking to speak with her over the past couple of years, as the world has gone through many changes but her star power has stayed constant. Whether it was in Paper Year, (alongside the also recently interviewed Hamish Linklater of Midnight Mass), or in Ready or Not, (alongside Mark O’Brien), or in the series Maid, as the mentally unstable Paula, MacDowell has starred in a trio of filmed in Canada projects that straddled the border of different genres quite successfully. That’s not even to mention her outstanding work in Four Weddings and a Funeral (movie and show), Groundhog Day, and Magic Mike XXL. She was worth it because she jumped off of our in-depth question to give an incredible answer about what it meant for her to play the character of Paula, and her scene partners Margaret Qualley (her real-life daughter), and Nick Robinson (unrelated), both talked about how amazing it was working with MacDowell, who is currently shooting a new project in Wales.

Maid is now streaming on Netflix

Events Transpiring Before, During, and After a High School Basketball Game Review