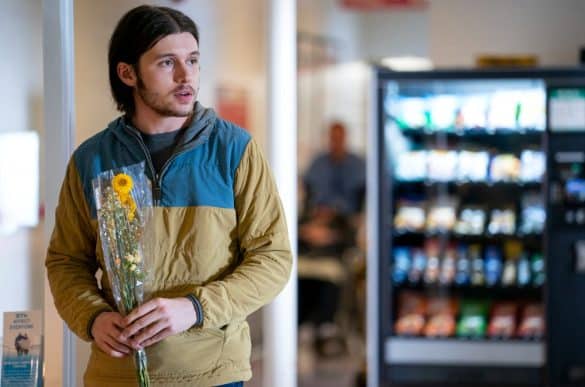 Nick Robinson, known mainly for playing nice guy roles, is a revelation in the Netflix limited series Maid as Sean, the alcoholic and abusive ex-partner of Alex (Margaret Qualley) and father of Maddy (Rylea Nevaeh Whittet), Alex’s daughter. During our in-depth Zoom video interview, Robinson reverted back to being a nice guy, often pointing to the writing of series showrunner Molly Smith Metzler as key to his brilliant performance as Sean. During our chat, we also shared a favourite sequence, that in which Robinson’s character was making a nuisance at his daughter’s birthday party, and he revealed that he loved filming that scene opposite Andie MacDowell (who plays mother to her real-life daughter, Qualley). Robinson pointed out how much he enjoyed working with MacDowell and we have certainly enjoyed watching Robinson in Maid, A Teacher and Love, Simon.

Maid is now streaming on Netflix