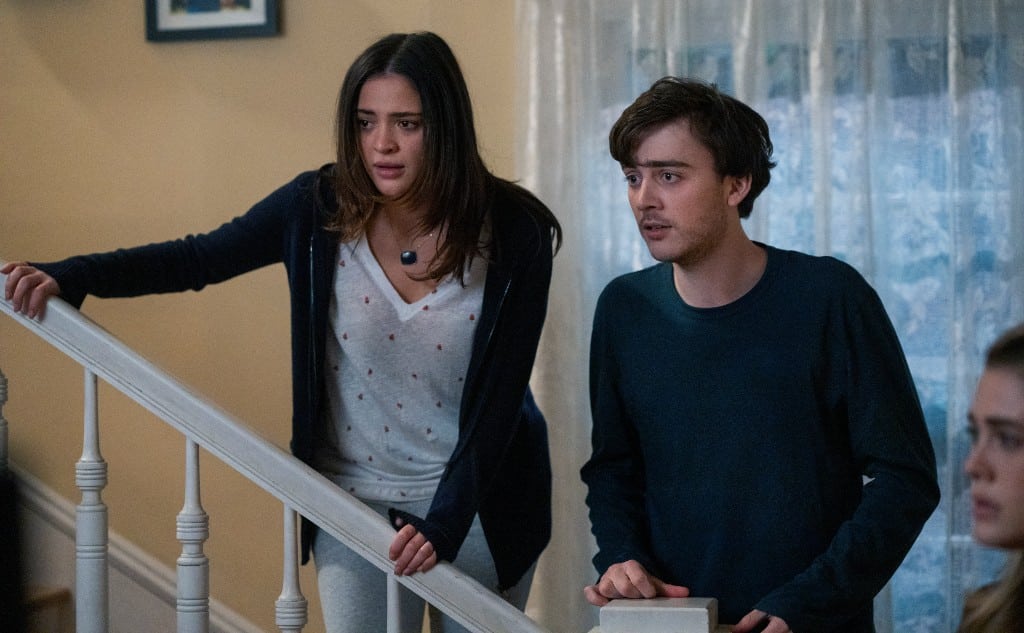 When we think of the buzzy series Manifest (now streaming new episodes on Netflix for the first time), we think of things like the numbers, especially 828, and about the flight itself, the callings, and the Weeping Angel and resurrection. At least that was what we would be thinking about before participating in the exclusive press junket for the long awaited season four of Manifest dropping on Netflix, but in two parts, with a full 10 episodes in the first part. After speaking to the pairing of Luna Blaise (who plays Olive Stone) and Ty Doran (who plays a newly transformed Cal Stone), well, they gave us lots of new things to think about in regards to the making of the hit series. Now, when we think of Manifest, we are going to associate the series with Doran loudly announcing: “Another World Premiere”, which, apparently is based on an inside joke between the pairing based on a Kendrick Lamar song. As well, we are going to think about how Blaise talked about what we thought was the actress saying that making the series was like pulling teeth, which is hardly the thing that you want to hear about when she is selling the show. It turns out that Blaise meant that she literally pulled teeth this past season, as one of the young actresses portraying her sister Eden Stone had a tooth that needed pulling and there was the resourceful Blaise to step in for her and do it.