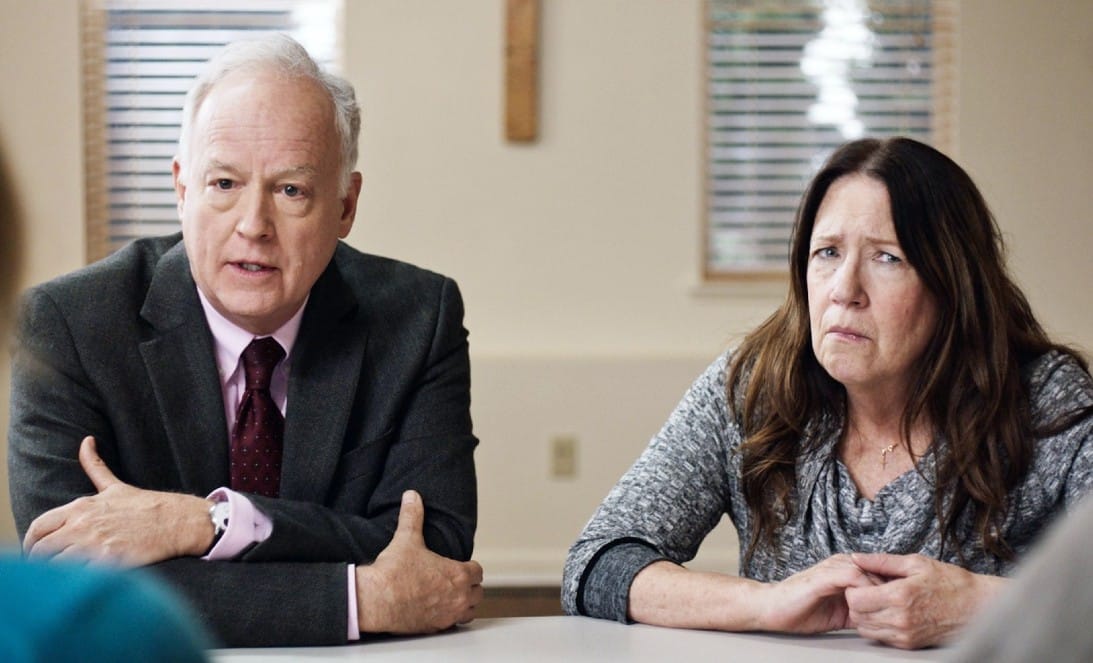 Forgive us if we were a little bit intimated to be interviewing the formidable Ann Dowd of Mass. After all, Dowd has starred in many of our favourite shows and movies, but of course, quite prominently is The Handmaid’s Tale. And it was for that groundbreaking show that we have spoken with many of the cast members, but not to the portrayer of the multi-faceted Aunt Lydia. But Ann Dowd and Aunt Lydia could not be more unlike, and the star of the harrowing and yet cathartic movie Mass did her best to make us feel at home, talking about an experience of a Sandy Hook mother having watched the film and feeling a bit of a sense of relief afterwards. Dowd also discussed some of her favourite co-stars, who of course included the Mass trio of Reed Birney, (who also featured in The Handmaid’s Tale), Jason Isaacs and Martha Plimpton. Of course, she also included co-star in The Leftovers Justin Theroux and Handmaid’s colleague (and frequent victim, TBH), one of our other favourites, Madeline Brewer.

Mass is now playing in theatres across Canada and the U.S.