Interview: Mix Up in the Mediterranean’s Jessica Lowndes 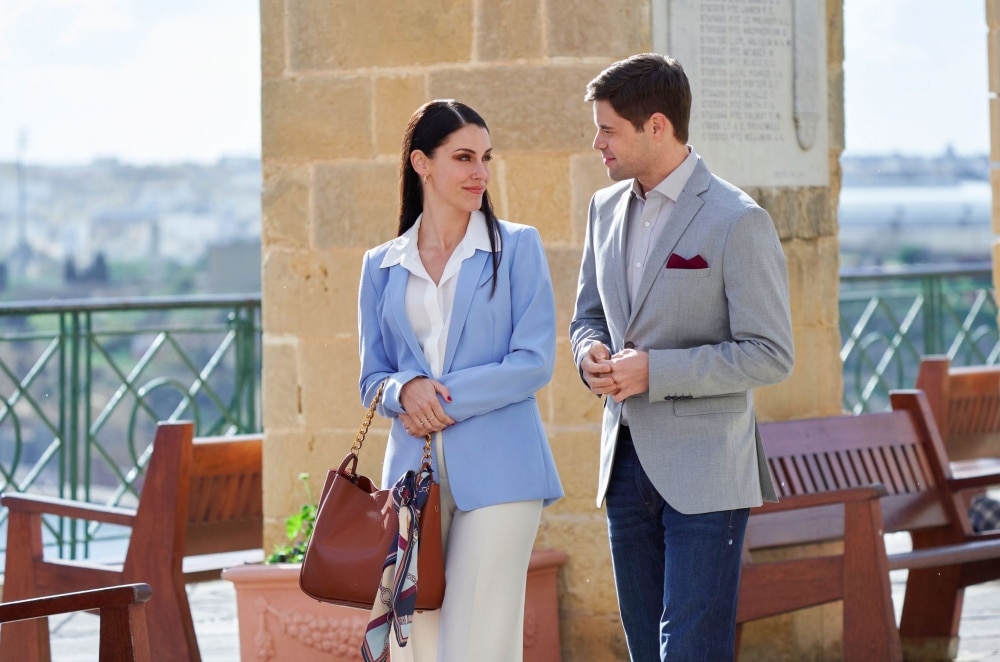 Jessica Lowndes can do it all. The actress-producer-screenwriter-singer-songwriter (and down-to-Earth human being) recently took the time out of her busy schedule to chat with me over Zoom video about her latest starring role in the Hallmark movie Mix Up in the Mediterranean. The heartfelt comedy (think The Princess Switch but with chef twin brothers) revolves around a small-town cook (The Last Five Years‘ Jeremy Jordan) who impersonates his big city chef twin (also Jordan) to compete in a culinary contest and falls for the woman in charge of the event (Lowndes), who thinks he is the brother who is married. In my video interview, Jessica Lowndes spoke about filming in picturesque Malta, her new single ‘Alive’ (co-written and sung with co-star Jeremy Jordan), and the reality shows she’s hooked on.

Mix Up in the Mediterranean premieres on W Network tonight at 9 p.m. ET/PT. Viewers can also watch the film on demand via STACKTV.