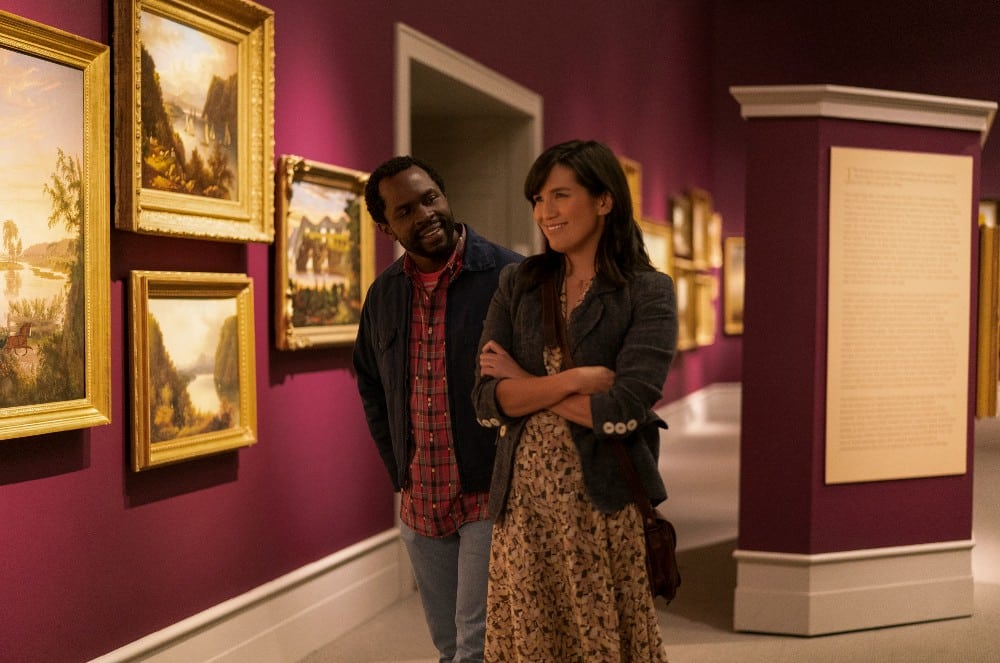 Zoe Chao and Gbenga Akinnagbe are extremely talented performers that have been on our radar for a while now, and not solely because they were chosen to portray the Night Girl and Day Boy in an inventive episode of the Amazon series Modern Love, directed by Jesse Peretz. The premise is as you might expect, as an artist named Zoe (played by Chao) suffers from an illness that keeps her up at night, and a professor named Jordan (Akinnagbe of The Deuce and The Wire) who maintains more traditional hours. Can the day co-exist with the night and allow this burgeoning couple to work out? And where does this couple stand on The Real Housewives franchise? Brief Take spoke over Zoom video with Chao and Akinnagbe on the Modern Love press day to find out!