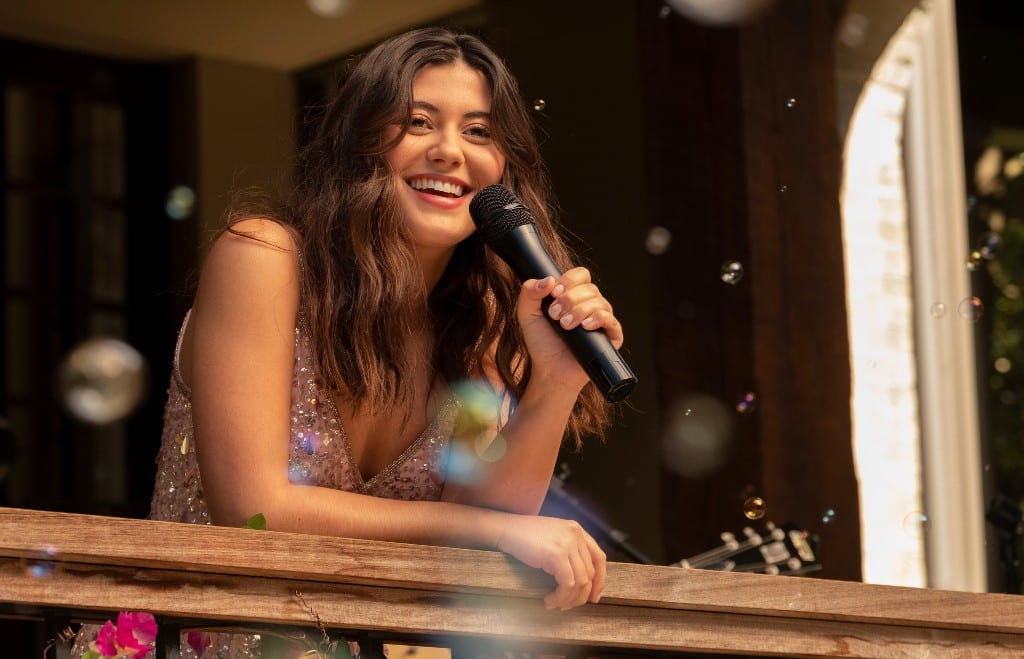 In an exclusive interview ahead of a revealing twist and explosive episode entitled ‘Confessions’, the breakout star of Monarch, Emma Milani, who plays Ana Phoenix, sat down to talk with Brief Take. The twist is going to affect Ana, her mother Catt (played by Martha Higareda), as well as her budding romance with Roman family member Ace (Iñigo Pascual) and the lives of the Roman family. Milani went into detail discussing her experience of covering the Kelsea Ballerini featuring Kenny Chesney song ‘Half of my Hometown’ alongside the patriarch of the Roman family, Albie Roman (played by her co-star Trace Adkins who happens to be a pretty successful country singer IRL). Milani shared with us her favourite song on Monarch to sing, and went into more detail into just how much she loves episode nine.

At the start of the series, Monarch‘s Emma Milani, who plays country singer hopeful Ana Phoenix, looks to make an impression on the powerful Roman family. The synopsis of the soapy and campy but really bingeable and fun musical drama series is that Dottie Roman (played by the legendary Susan Sarandon, and as a bit of a bonus, in flashbacks by real-life daughter Eva Amurri) and Albie Roman (Adkins) are the leads of a country music dynasty, known as the Romans. Their daughter, Nicky Roman (who is played by Pushing Daisies‘ Anna Friel, making her return to network tv) is doing all that she can to protect the dynasty’s reign in country music while still ensuring her own stardom, in contrast with her body positive queer sister Gigi Roman, played by real-life singer and now actress Beth Ditto. Thanks to a TikTok cover of an Albie Roman tune, Ana and Catt Phoenix get embroiled in this family drama, and Ana especially with Nicky’s adopted son, Ace, a country singer in his own right.

See more below from the multi-talented Emma Milani of Monarch:

New episodes of Monarch air Tuesdays at 9/8c on Fox