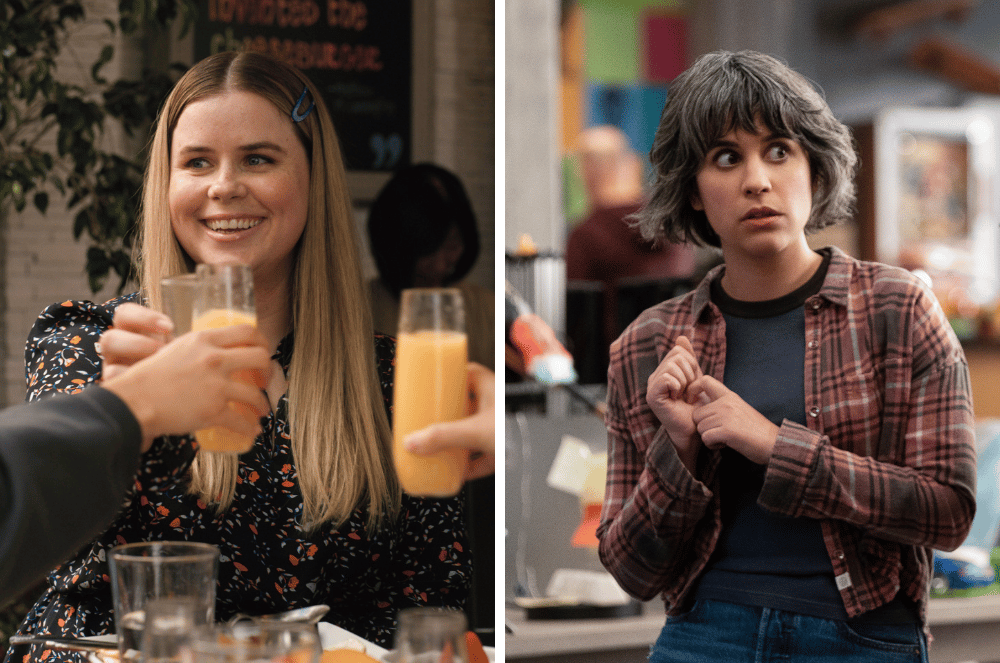 Having previously spoken with the multi-talented Jessie Ennis, who plays the lamprey-like Jo on the supremely underrated Apple TV+ series Mythic Quest, we can attest to the fact that we were going to really enjoy the opportunity to participate in the season three junket for the video game-based series, which is produced by Ubisoft and Lionsgate Television. Along for the ride this time with Ennis is the versatile Ashly Burch, a writer and now director for the series, and of course, a star. Burch plays Rachel, who was a former tester at MQ, but with the help of Danny Pudi’s character Brad Bakshi, Rachel has graduated to become the Head of Monetization, which stands against everything in which she believes with her socialist values.

During our fun video interview, Ennis and Burch chatted about their favourite scenes to film this season, and Ennis naturally singled out her scenes with a fellow Jo(e), actor Joe Manganiello, who happened to go to school with star David Hornsby and is enlisted to perhaps play the lead character in the Mythic Quest movie, (and believe us, the Jo and Joe scenes are extremely funny and memorable!). Burch and Ennis also discussed with us how much the fans of the series ship David and Brad, which is significant as these are two of Ennis’ most frequent scene partners in season one and season two of Mythic Quest. Ennis also pointed out to us that some of the fans of the series Mythic Quest happen to not “get” the character of Jo. This, in our eyes, makes her character even funnier, especially as she shined in the season two ‘Everlight’ episode and takes the character even further this season, becoming even more of a bawse.