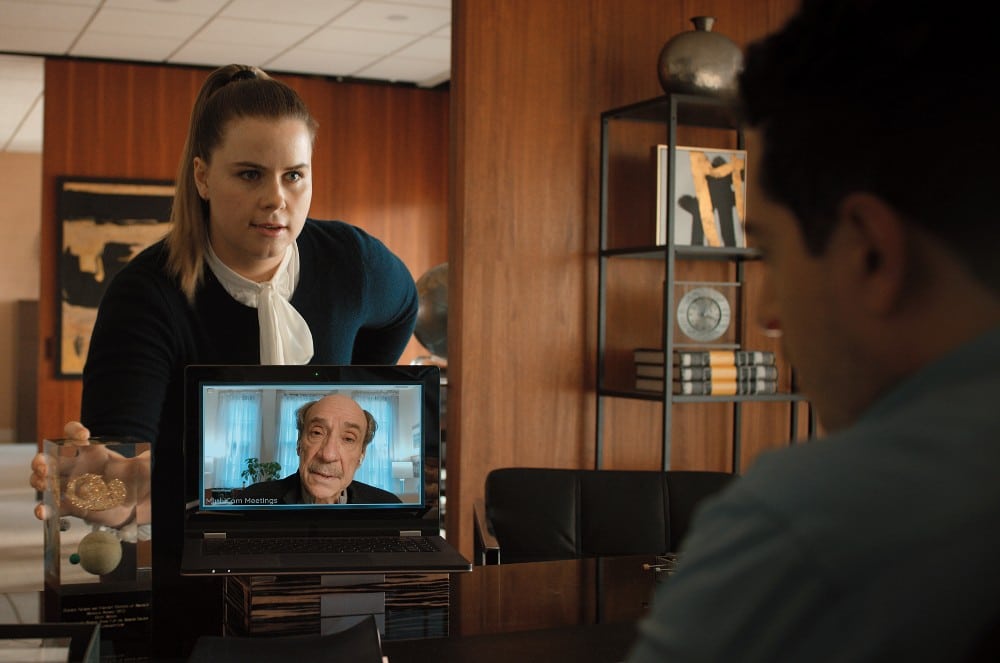 While we kind of had the feeling that we’d be learning lots from Jessie Ennis about her character Jo from the Apple TV+ series Mythic Quest, a shared understanding was present right away. We asked about a theory of if her character tended to mimic David (David Hornsby), Ian (co-creator Rob McElhenney) and, in this season, Brad (Danny Pudi), and, not only was this theory confirmed, we picked up a new word from the eloquent Ennis.

We have been tracking the accomplished Ennis in films such as Life of the Party, Valley Girl, the underrated Family, as well as shows like Better Call Saul, her own productions, through to Mythic Quest season two. It’s clear that despite her talent for mimicry, Jessie Ennis is creating her own path in the industry (we loved that she sported a cool sweatshirt bringing awareness to her podcast with her best friend Brie Larson, Learning Lots). Here’s our in-depth video interview with Mythic Quest: Raven’s Banquet star Jessie Ennis.