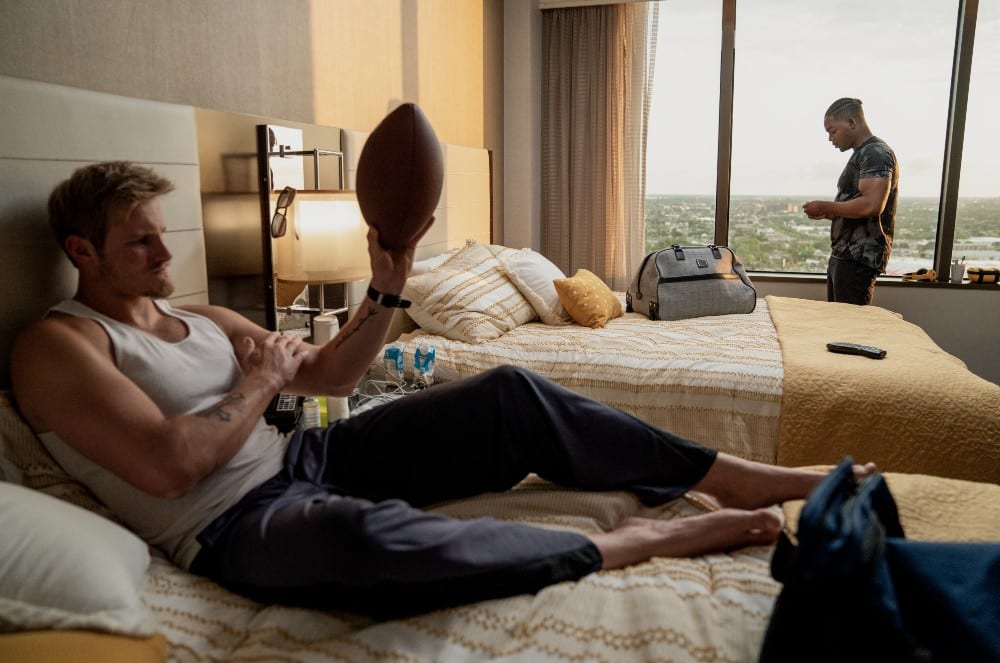 Alexander Ludwig is an incredibly talented (and busy!) Canadian actor, having starred in projects such as the historical action series Vikings for six seasons, Bad Boys for Life opposite Will Smith, he was a standout in the Netflix vampire movie Night Teeth, a lead in the Netflix holiday film Operation Christmas Drop, and plays Ace Spades in the recently renewed Starz series Heels. Oh, and Ludwig is now also a country singer (!!). We recently caught up with the multi-faceted performer, who was conducting Zoom video interviews overseas while completing another project, to discuss his role as Emmett Sunday in the Ric Roman Waugh-directed National Champions. The topical film happens to also star fellow Canadian Stephan James, who Ludwig’s known for over 10 years. National Champions is deeply engrossing, as it focuses on the issue of compensation for NCAA players, incredibly relevant subject material. We’re fascinated with sports movies in general and Alexander Ludwig was the ideal companion to take us through how this football film shines a light on an issue that hasn’t been covered in previous features about athletics at the collegiate level. Take a look at our insightful video interview below for the specific perspective that Alexander Ludwig brings to the game.

Enter for your chance to win advance screening passes to The King’s Man!