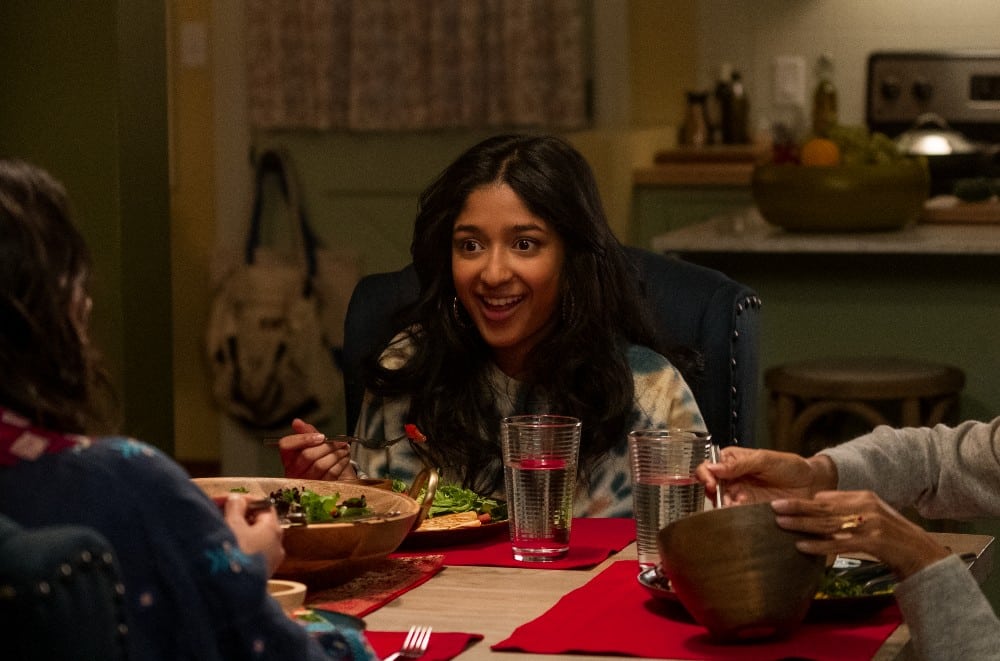 Never Have I Ever interviewed a person as down-to-Earth and relatable as Toronto’s Maitreyi Ramakrishnan, star of the enormously popular (currently trending number one on Netflix!) Mindy Kaling and Lang Fisher-created series. In the long awaited season two of Netflix’s Never Have I Ever, Ramakrishnan’s Devi has to choose between her long-time crush Paxton Hall-Yoshida (Darren Barnet) and the more intellectually stimulating Ben Gross (played by Jaren Lewison), as well as differences of opinion with her Mom and cousin, friend drama, schoolwork in order to get into the university of her choosing, the desire to rebel (and the arrival of a “new Devi”).

We cannot wait to see where the multi-talented and charitable Maitreyi Ramakrishnan is going, as in addition to leading the hit series, she will also soon be starring in a Netflix take on Jane Austen’s Pride and Prejudice. The following is my fun Zoom video interview with Never Have I Ever lead actress Maitreyi Ramakrishnan.