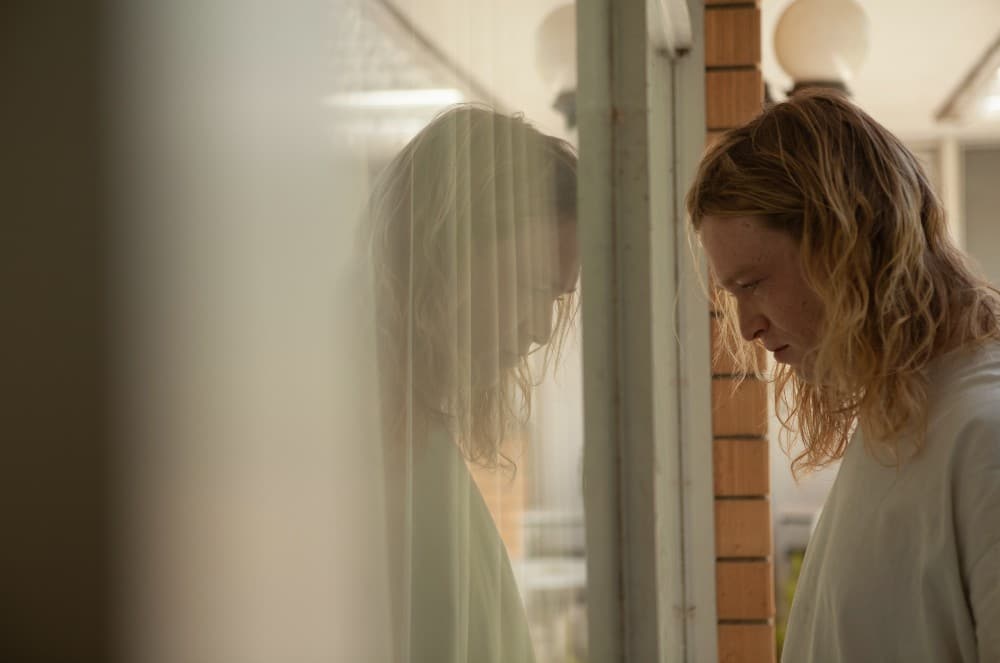 We were extremely excited on a recent morning to speak with chameleonic performer Caleb Landry Jones and acclaimed director Justin Kurzel about their new powerful biographical drama Nitram. In fact, Caleb Landry Jones deservedly received the Best Actor award at the 2021 Cannes Film Festival for this fascinating character study, as he’s transformative as Nitram (Martin backwards, as in Port Arthur mass murderer Martin Bryant). The actor has also delivered many times in the past, in projects as widespread as Brandon Cronenberg’s debut film Antiviral, portraying Frances McDormand’s son in the Martin McDonough movie Three Billboards Outside Ebbing, Missouri, the recent Tom Hanks post-apocalyptic survival film for Apple TV+ Finch, Sean Baker’s The Florida Project as the son of Willem Dafoe, and Jordan Peele’s genre-bending Get Out. In this film, the performance has to be commanding and Caleb Landry Jones seems to be extremely committed to the process, both in his work and off-screen as well. Justin Kurzel also has a stellar résumé that is equally befitting of the craft necessary to make a shocking and immersive film such as this one, as career standouts include his surprisingly visceral take on Macbeth, starring Michael Fassbender and Marion Cotillard, True History of The Kelly Gang, video game adaptation Assassin’s Creed, which also starred Michael Fassbender, and like his star Jones, will be making a project for Apple TV+ as well, directing multiple episodes of the adaptation of Shantaram, which involves a convicted Australian who attempts to seek refuge in India. As is clear, Jones and Kurzel are a style match, as many common themes emerge in both of their bodies of work and the film Nitram, which also features Kurzel’s real-life wife Essie Davis in a supporting role, clearly adheres to the commonalities. Sitting down with Jones and Kurzel on Zoom video revealed two craftsmen clearly befitting a demanding film such as Nitram.

NITRAM is now in theaters, digital rental and AMC+