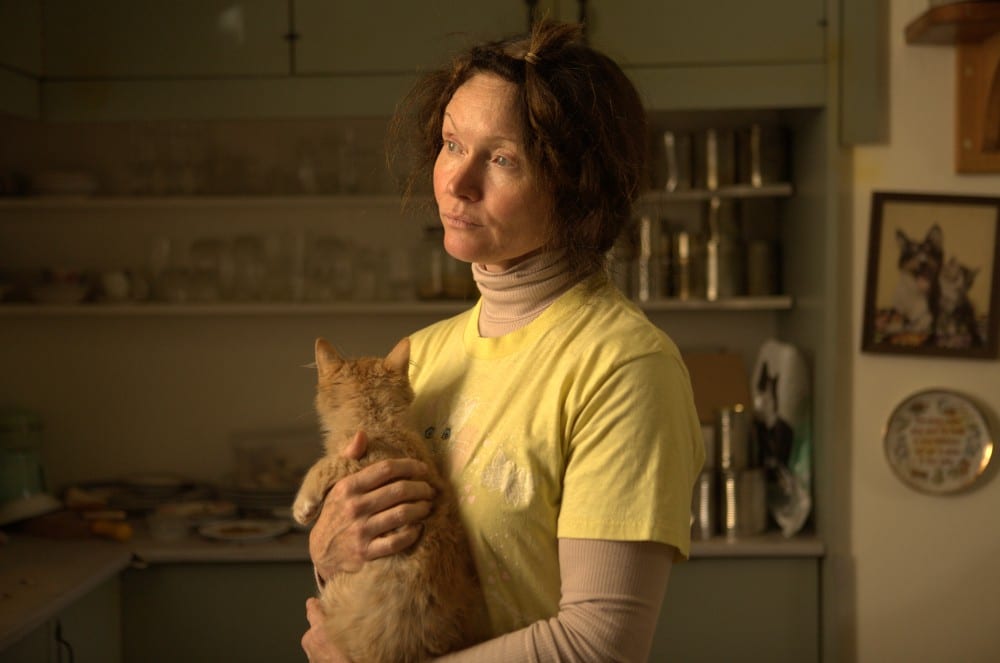 Nitram‘s Essie Davis has a sparkling presence and a long history of fascinating performances in her storied career. Thus we have been looking to interview the Tasmanian screen star for a while now and finally received the opportunity for the movie Nitram. The film, which happens to be directed by her husband, acclaimed filmmaker Justin Kurzel, and stars Caleb Landry Jones as the controversial Port Arthur mass murderer Martin Bryant, sees Essie Davis in a supporting role as Helen, the real-life recluse who bonds with Jones’ Nitram, (think of the name “Martin”, but backwards), before her untimely death. Essie Davis provided Brief Take with somewhat of a guide as to what to expect from this powerful film that saw Caleb Landry Jones win the Best Actor prize at last year’s Cannes Film Festival. We happen to have been inspired by a great many of Davis’ previous projects as well, from her first collaboration with director Jennifer Kent, the horror movie with a twist The Babadook, as well as her tv recurring role as the traveling performer and Player Queen Lady Crane in Game of Thrones. As well, Davis embodied Ellen Kelly opposite a fave of ours George MacKay, (who speaks extremely highly of the Australian actress in interviews) in True History of the Kelly Gang, also directed by Kurzel, and in our interview she called back to her early work in Girl with a Pearl Earring. Davis pointed out that she immensely enjoyed working with Colin Firth and Scarlett Johansson in that film. In something of a similar vein, Essie Davis revealed how thrilled she was to work opposite screen legend Judy Davis (no relation to her) for Nitram and we agree that both Davises are absolutely delightful and deliver stellar performance after stellar performance. Look below for more with the actress and chanteuse, the multi-talented and delightful Essie Davis of Nitram.

Nitram is now in theaters, digital rental and AMC+