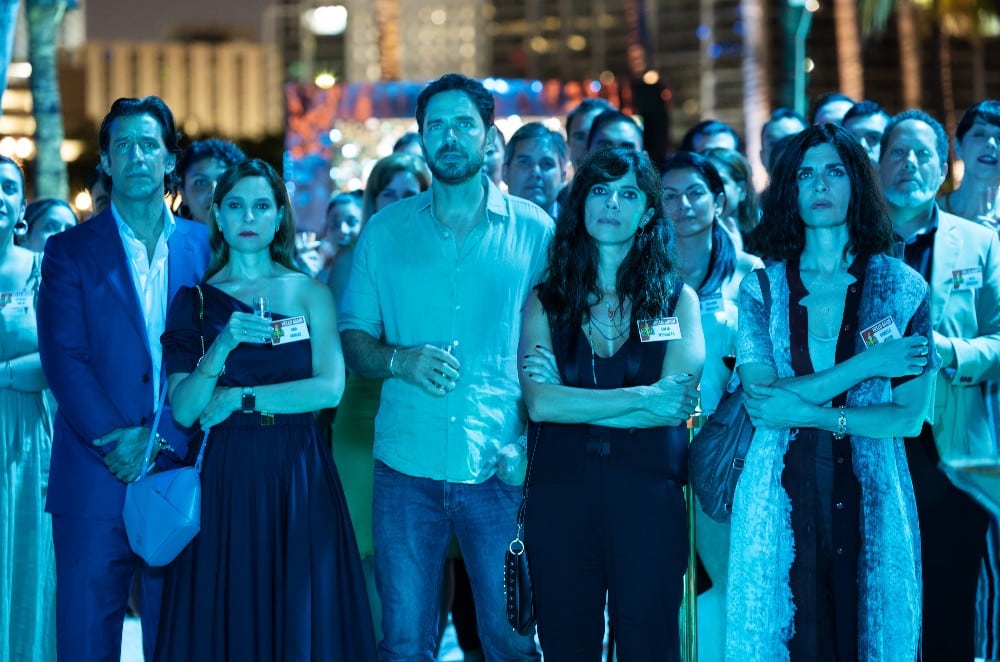 The women of Now & Then, in particular the Now, consists of a pair of knockout actresses, Maribel Verdú and Soledad Villamil, whom we know primarily from Y tu mamá también and Pan’s Labyrinth and The Secret in their Eyes, respectively. The Madrid, Spain-raised Maribel Verdú and the Argentinian Soledad Villamil here play Sofia Mendieta and Daniela. First let’s start with Sofia. Verdú plays a character who is really struggling in terms of her finances. As well, she has a complicated history with Marcos (Manolo Cardona), who were dating in the past and then diverged dramatically in the present, mainly because of the after effects of the dramatic break that comes about because of the mysterious death of their mutual friend Alejandro and the circumstances regarding his fatal car accident. In fact, Villamil’s character Daniela is also very much affected by the events surrounding the death of Alejandro, but instead of turning to a past love to potentially reconcile, instead she is an aspiring documentarian who filmed the events in the past and only in the present day will her friend group discover that she is in possession of the tapes. However, is she going to be able to carry this evidence forward or will secrets in her past continue to haunt her to this day?

Our video interview pairing of Verdú and Villamil is heightened by the fact that the pairing of their characters were the ones from this friend group from Miami that stayed in touch into the present day. Not only did they speak extremely highly of each other in real life, but Villamil was beyond shocked by a careful bit of sleuthing that we had done about her in terms of show-related background information. Verdú was also a delight, and overall, we could say a lot more about these two characters, but we would like you to experience the world of Now & Then firsthand.

In our video interview with Now & Then creators Ramón Campos and Gema R. Neira, they give us the inside scoop on Rosie Perez’s astounding method acting on the thrilling series.


The first three episodes of Now & Then are now available to watch on Apple TV+. New episodes will be released weekly on Fridays.