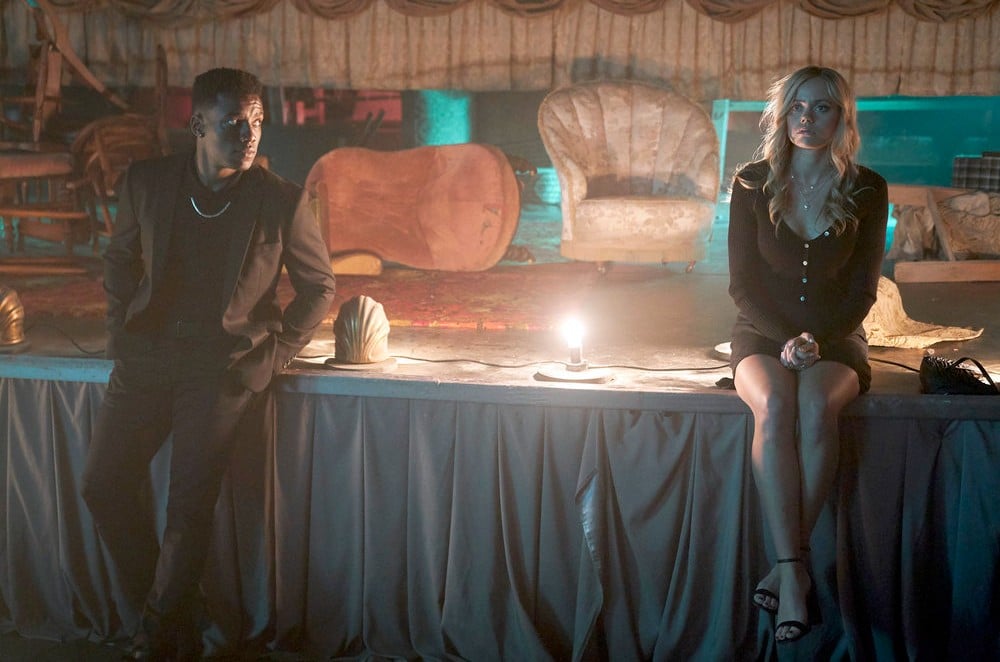 Believe these truths, (Why would one of ’em be lying?): during our video interview, it was revealed that Annalisa Cochrane (best known from Cobra Kai) lived in India for more than 10 years and that co-star Chibuikem Uche (The Tomorrow War) has met the Queen. This was one of a number of fun facts shared by the portrayers of two key members of the Bayview Four, Addy and Cooper, in One of Us is Lying. Despite housing major secrets individually on the addictive series (we’d tell you, but we’d have to…you know), see for yourself whodunnit, if it was popular cheerleader Addy or star baseball pitcher Cooper.