Top Posts
All the Beauty and the Bloodshed Review
Hunt Review
White Noise Review
The Eternal Daughter Review
Win advance screening passes to Empire of Light!
Home TVInterviews Interview: One Of Us Is Lying’s Mark McKenna and Barrett Carnahan
InterviewsTV 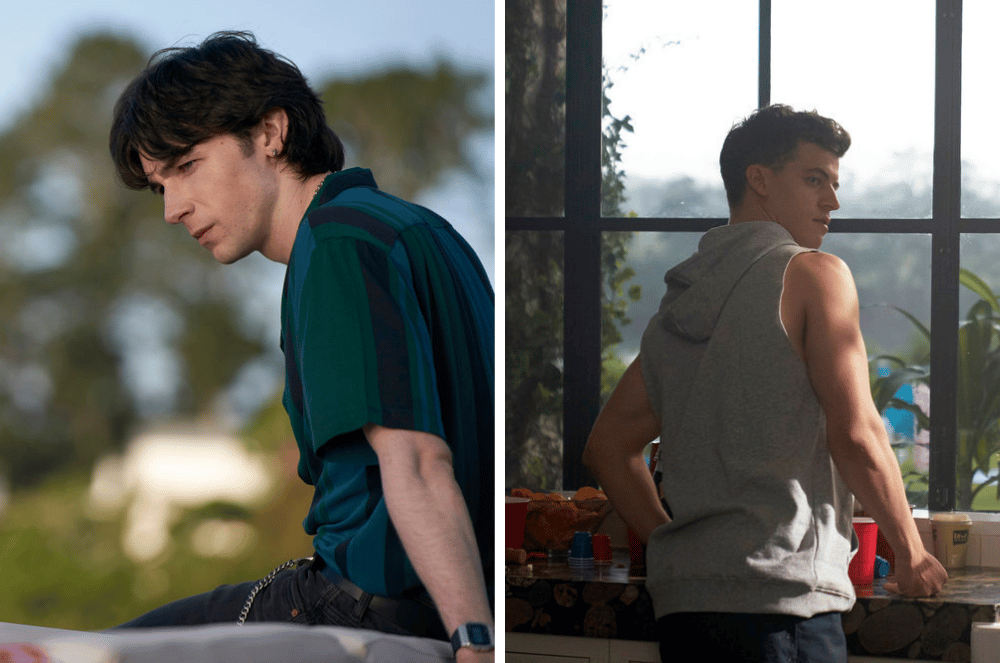 (More than) One of us is definitely buying into what co-stars Mark McKenna (Sing Street, Amazon’s Wayne) and Barrett Carnahan (Freeform’s Cruel Summer, Cobra Kai) are offering. Both (not a spoiler) the no longer alive Simon (McKenna) and (possible spoiler) the threatened to be murdered by co-star McKenna’s Carnahan (portrayer of Jake) are key players in the series that has everyone wondering who offed gossip blogger Simon. The list is pretty long, as the guy wasn’t exactly likeable. But, in contrast, we found that Ohioan Carnahan and Irishman McKenna were both incredibly kind in the recent One of Us is Lying press junket. We also discovered that McKenna possibly composed a sonnet declaring his love for Carnahan. We’re hoping this declaration was not made in jest, as this was a trickier pairing to wrap our head around how they are really feeling.