Top Posts
The Beatles: Get Back Review
Win advance screening passes to West Side Story!
The Souvenir: Part II Review
House of Gucci Review
Win a Younger / Emily in Paris DVD...
Home TVInterviews Interview: One Of Us Is Lying’s Melissa Collazo and Jessica McLeod
InterviewsTV 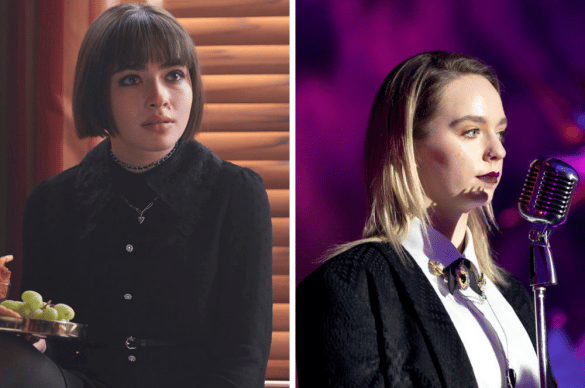 Two of them are sighing, as Melissa Collazo, who plays Maeve, the younger sister of Bronwyn (Marianly Tejada), and Vancouverite Jessica McLeod, as Janae, BFF of departed Simon, share a deep bond on and off screen. They are very close in the majorly addictive series One of Us is Lying. While the given instructions are to head to episode six of the series to see a reveal from Collazo and McLeod, (do either have a role in killing Simon?) we instead choose to focus on their performances. McLeod went into detail about a choice track that she performs in the pilot episode and Collazo goes out of her way to praise McLeod’s music choices. Collazo also makes pretty choice television recommendations of her own. All of these may be clues, so watch this Zoom video interview extremely closely.