Interview: One of Us is Lying’s Annalisa Cochrane, Chibuikem Uche and Jess McLeod 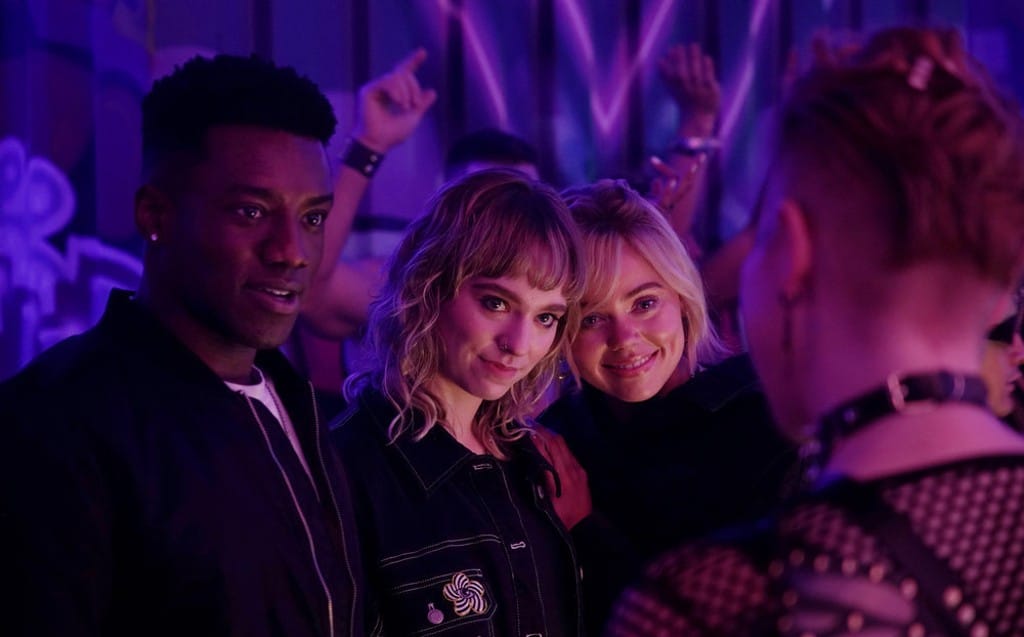 Season one of One of Us is Lying saw the Bayview five (who are five students consisting of Simon, Addy, Cooper, Bronwyn, and Nate), yes, similar to The Breakfast Club but based on a book by Karen McManus, all given detention. Simon, played by Sing Street / Wayne‘s Mark McKenna starts an online gossip source, a bit like in Gossip Girl, with his close friend Janae (played by Jess McLeod), to snitch on his classmates. Spoiler alert: Simon suffers a sudden and fatal allergic reaction and he dies, and that is the mystery that is being solved in season one. Each of the four students had a motive to kill Simon, and after it is determined his death was not an accident, an investigation ensues and one of them is lying. The show is its own thing despite being based on the popular book series. Season two handles much of the fallout from season one but with an extremely clear narrative all its own and may actually top on the first season in terms of twisty plots (and also presents an even more compelling mystery). In our previous video interviews, Cochrane and Uche revealed their secrets, (you won’t believe where one of them grew up), as well as McLeod gushing about her love for castmate Melissa Collazo.

To guide us through this new season, we enlisted a couple of the Bayview five and its newest member, as One of Us is Lying‘ season two stars Annalisa Cochrane as Addy Prentiss, Chibuikem Uche as Cooper Clay and Vancouver’s Jess McLeod, who plays Janae Matthews, chatted with Brief Take at the exclusive season two junket for the series.. This trio happily shared all about their favourite scenes to film and reveal behind-the-scenes details about each one. They also revealed their favourite memories from set in Auckland, New Zealand, which included Cochrane’s surprise birthday party, which was thrown by McLeod, who, like us, really enjoyed the series of A League of Their Own, and much more!