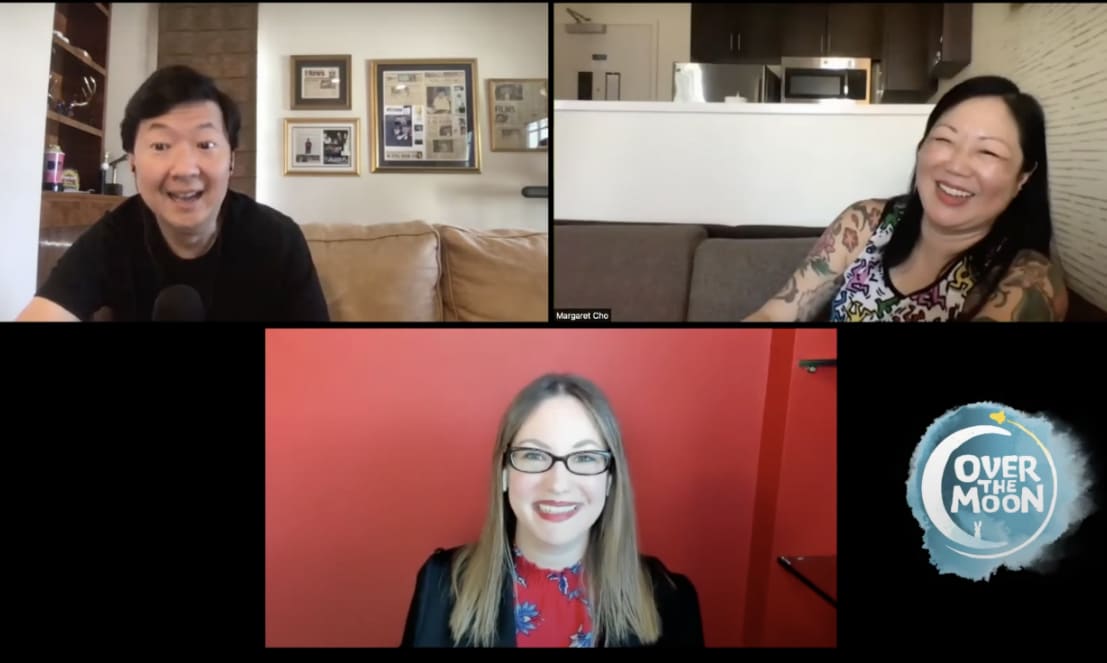 Fuelled with determination and a passion for science, a bright young girl builds a rocket ship to the moon to prove the existence of a legendary Moon Goddess. There she ends up on an unexpected quest, and discovers a whimsical land of fantastical creatures.  Directed by animation legend Glen Keane, and produced by Gennie Rim and Peilin Chou, Over the Moon is an exhilarating musical adventure about moving forward, embracing the unexpected, and the power of imagination.

At the recent Zoom video junket for the delightful animated musical (featuring an all Asian voice cast!), I had the wonderful opportunity to speak with comedy legends Ken Jeong (who voices Gobi) and Margaret Cho (who voices Auntie Ling and Gretch).


Over the Moon is now streaming on Netflix