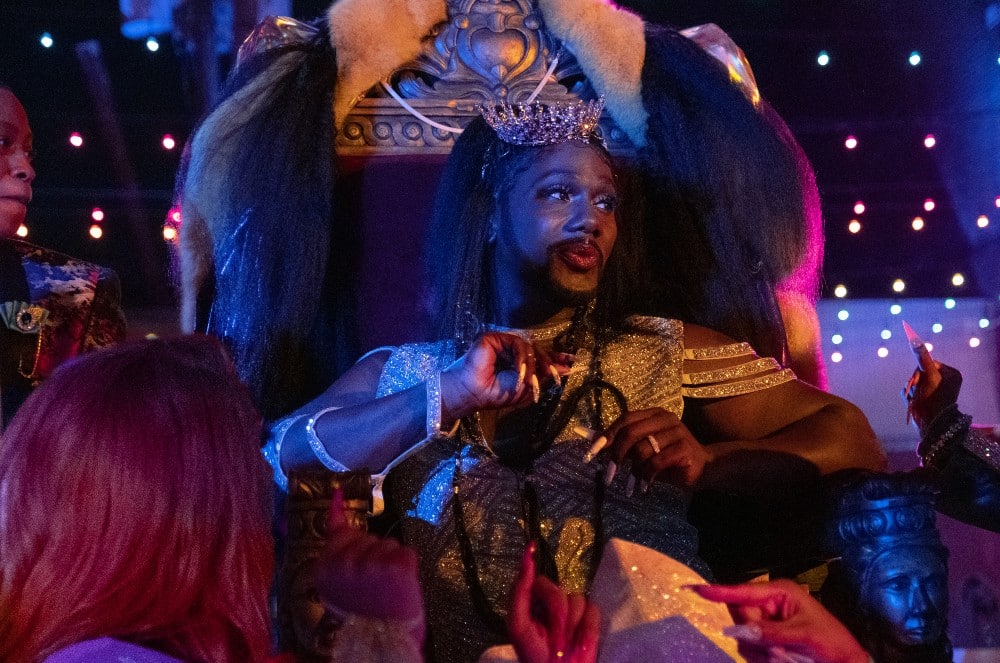 Nicco Annan is an incredible actor, inhabiting the character of Uncle Clifford on the Starz series P-Valley (and even doing a snippet of her voice in our video interview). The highlight of our recent video interview might have been when he went on to his phone searching his playlist for his most recent favourite songs (note to self, check out the new Kendrick Lamar album and particularly the track ‘Auntie Diaries’). One of the aspects of the series P-Valley that astounds us to a great degree is that somehow this in your face Katori Hall series, before it was turned into a visceral and always in your face tv series, existed as a play in its previous incarnation, and that somehow Nicco Annan, who we cannot imagine another person getting so into her headspace (the character Uncle Clifford uses she / her pronouns, while Annan the actor is he / him), had to re-audition for the role of Uncle Clifford, despite playing her over ten years ago. Befitting a series that involves a fair bit of dancing, Annan worked in part in the meantime as a choreographer, including for All American. Also, what is great about Annan is that he offers advice for up and coming performers, looking at his series as a bit of a metaphor for any profession in which everyone is continually striving to be the top of the heap. In addition, Annan goes out of his way to praise his fellow cast members and gives a shout out to the new dancers as well, Psalms Salazar as Whisper, Gail Bean as Roulette, and Miracle Watts as Big Bone, The Pynk’s new bartender. We can also imagine that Annan was definitely interested in sharing with us that Megan Thee Stallion would be coming on the show to play Tina Snow, but this sensitive information was not allowed to be revealed yet. Even so, Nicco Annan made for an incredible guide into the goings on at The Pynk, (he does literally own the place, though now he has to share the owner’s role with Elarica Johnson‘s Hailey Colton).