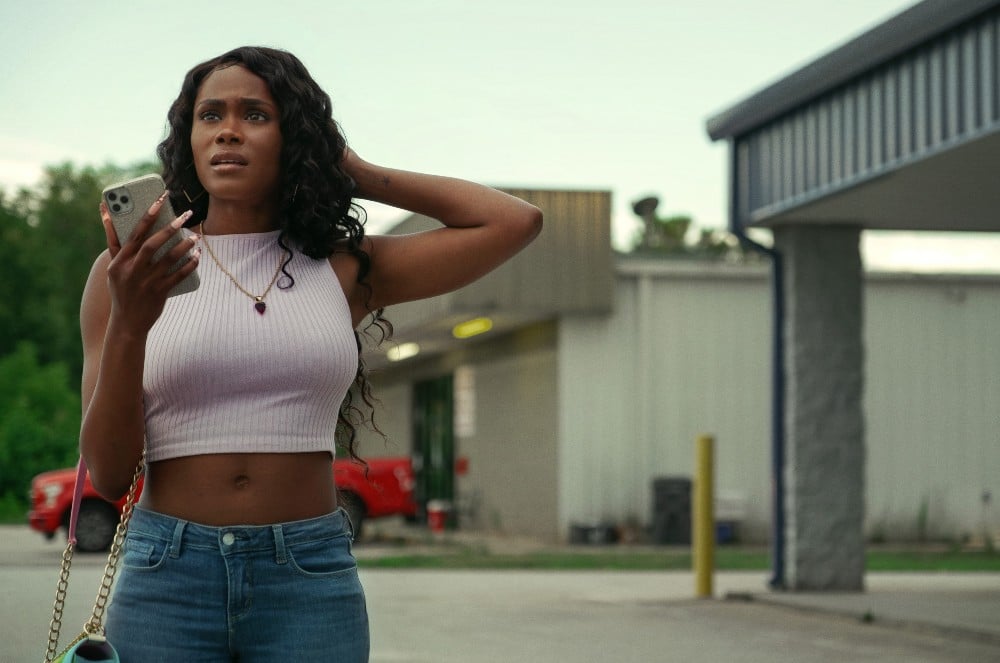 The character Keyshawn on Katori Hall’s series P-Valley (adapted from her play of the same name), is a very difficult one to play. Shannon Thornton is a gifted actress, though, and on the international press day for season two of the series, the actress gave us a little bit of insight into her process. We were surprised to hear right from the beginning that Thornton did not share the same mentality as her character Keyshawn, who when given a chance to escape from a life of domestic abuse with Derrick (Jordan Cox) to go with strip club bouncer (and fan favourite) Diamond (Tyler Lepley), instead chooses to stay with Derrick and the life that comes with it. Thornton disagreed with Keyshawn’s decision in season one, but previewed how it plays out in a powerfully charged season two, including heading out on tour and breaking the character away from her home and The Pynk, the settings in which the viewer often sees Keyshawn / Miss Mississippi. We discussed how Thornton was, quote, “not flexible” in season one, but has since learned how to do a full split on the floor, as well as on the pole. The promised road trip also includes a disturbing scene of colourism, but while Thornton mentioned the importance of this scene, she wanted the audience to discover its impact for themselves. Thornton also discussed how her self-driven pursuit of drawing and painting informs her work as an actress, (strongly suggest you check out the portraits that Thornton composed of a few of her heroes, they’re quite layered). From there, she described the aesthetics of Chucalissa, the almost real place that the show is set, and why the colour palette appeals to her as an artist.