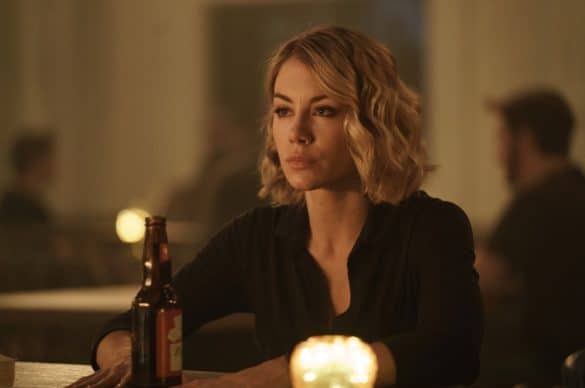 Who would have expected that one of the most layered and nuanced cable series around would be James Gunn’s adaptation of Peacemaker, a spinoff of his movie The Suicide Squad? Well, according to star Jennifer Holland, the real-life partner of James Gunn and portrayer of the enigmatic Emilia Harcourt, Peacemaker is not just about John Cena’s character dancing around in his tighty-whities, although it is certainly that as well. Holland, in our exclusive Zoom video interview, revealed to Brief Take that this is a story about characters in search of redemption, whether that character is the titular Peacemaker, the reluctant Adebayo (Orange is the New Black‘s Danielle Brooks), the stern Murn (Chukwudi Iwuji), loose cannon and fan favourite Vigilante (Freddie Stroma), or her own arc as the no-nonsense ARGUS agent Harcourt, afraid to let in others and certainly not the buffoonish Peacemaker, as she carries around her own demons. As Harcourt is multi-layered, she instigates an incredible fight sequence in the opening episode of the series and Holland was the most gung ho about that extremely memorable and catchy opening dance number (don’t you dare skip the opening credits!). Jennifer Holland was an incredible guide into the series and what’s more, kept up the hype about what is sure to be an explosive episode eight (which has not been seen by anyone up to this point).