Interview: Pieces of a Woman’s Vanessa Kirby and Ellen Burstyn 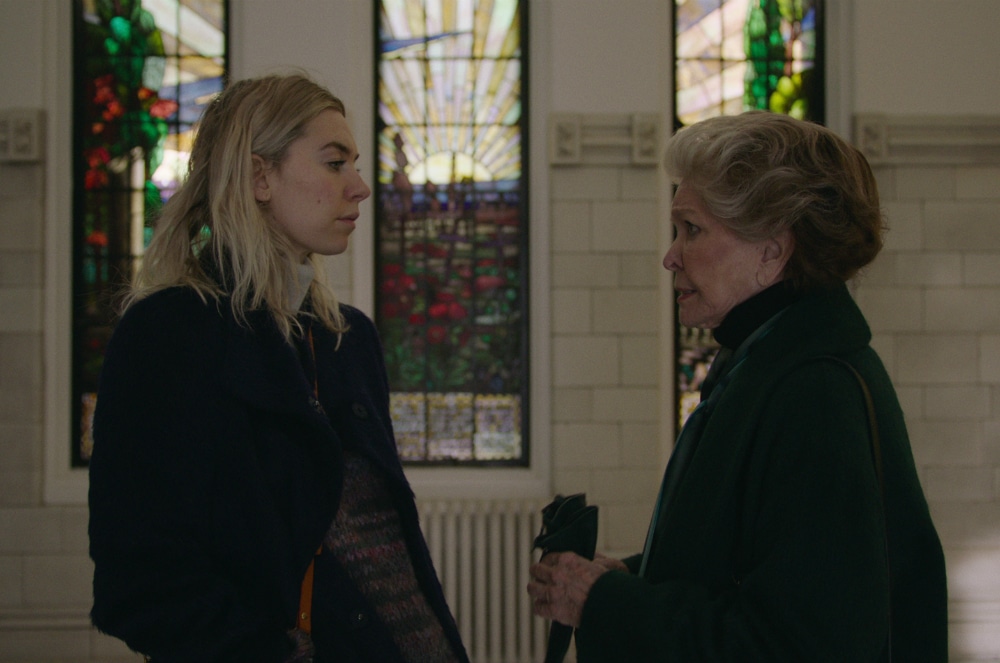 Martha (Vanessa Kirby) and Sean (Shia LaBeouf) are a Boston couple on the verge of parenthood whose lives change irrevocably when a home birth ends in unimaginable tragedy. Thus begins a year-long odyssey for Martha, who must navigate her grief while working through fractious relationships with Sean and her domineering mother (Academy Award winner Ellen Burstyn), along with the publicly vilified midwife (Molly Parker), whom she must face in court. Directed by Kornél Mundruczó (White God, winner of the 2014 Prix Un Certain Regard Award), written by Kata Wéber, and executive produced by Martin Scorsese (supporting his Alice Doesn’t Live Here Anymore leading lady Ellen Burstyn), Pieces of a Woman is a deeply personal, searing, and ultimately transcendent story of a woman learning to live alongside her loss.

It’s been just over four years since I last interviewed Vanessa Kirby and since then she’s become a household name due to her spectacular on-screen work in The Crown, Mission: Impossible – Fallout, and Fast & Furious Presents: Hobbs & Shaw (among others). In Pieces of a Woman, she delivers a raw, unforgettable performance that’s already garnering major awards buzz. For her authentic portrayal of a steely Holocaust survivor (and mother to Kirby’s Martha), cinema icon Ellen Burstyn may very well get her second Oscar.

The following is an edited and condensed version of my candid junket chat with Vanessa Kirby and Ellen Burstyn.

Pieces of a Woman is now streaming on Netflix