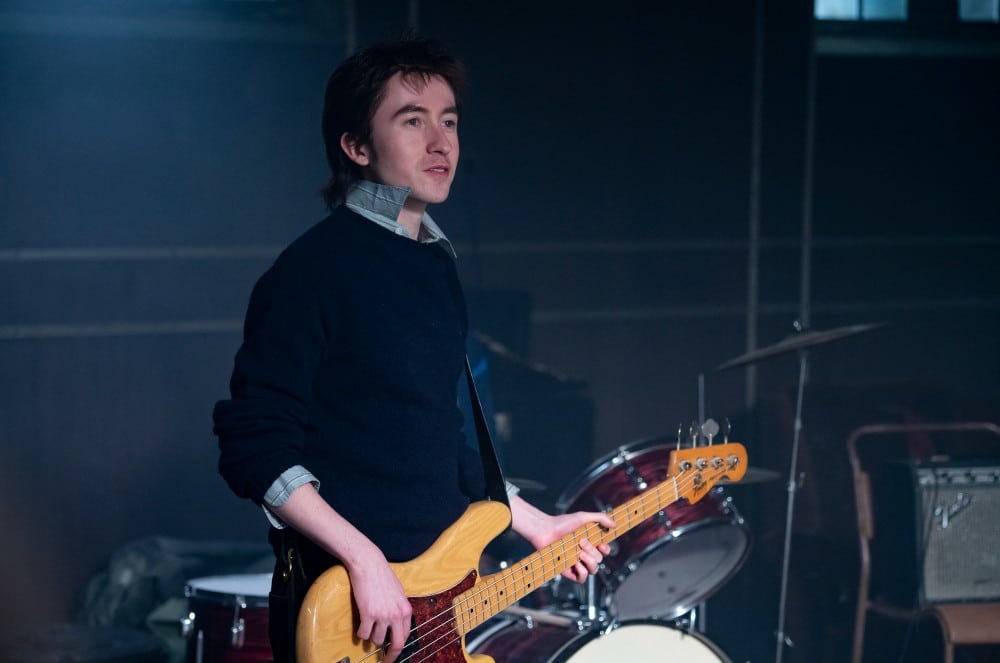 Christian Lees, of the FX on Hulu series Pistol, feels like an absolute star in the making. Getting a chance to sit down with the British performer via Zoom video to support this series was a sort of “we knew him when…” opportunity, as the show from Danny Boyle feels as fresh and modern as possible, even though it is set in the world of the Sex Pistols in the 1970’s at the dawn of punk music.

The earlier episodes see Lees embodying original Sex Pistols bass player Glen Matlock, who gives a profanity laced rant on live British television in one memorable scene. Pistol manages to meticulously recreate the scene, along with a few others, but adding to the authenticity of the series is how grimy the neighbourhood appears, (one in which Lees informs us he currently lives in, albeit far more gentrified now) and the period correct 70’s look is particularly stunning. Lees shares with us how he grew to bond with the boys in the band, and even with Louis Partridge, who plays his replacement, Sid Vicious, who famously didn’t even know how to play the bass. In fact, the musically inclined Lees didn’t know how to play the bass either, but partook in a “bass camp” and learned how to play in about two weeks. Christian Lees even got to meet with Glen Matlock and had a couple of coffees with him, which added even more to the experience.

One particular aspect of this Zoom video interview that is enjoyable is that Lees’ enthusiasm for this project is clearly evident and makes us even happier that we reached out across continents, (no, really), to experience Pistol but also to get to speak with an actor on the cusp of fame. Below is an in-depth video conversation with a performer who’s all about that bass, Christian Lees of Pistol.

Pistol is now streaming on Disney+