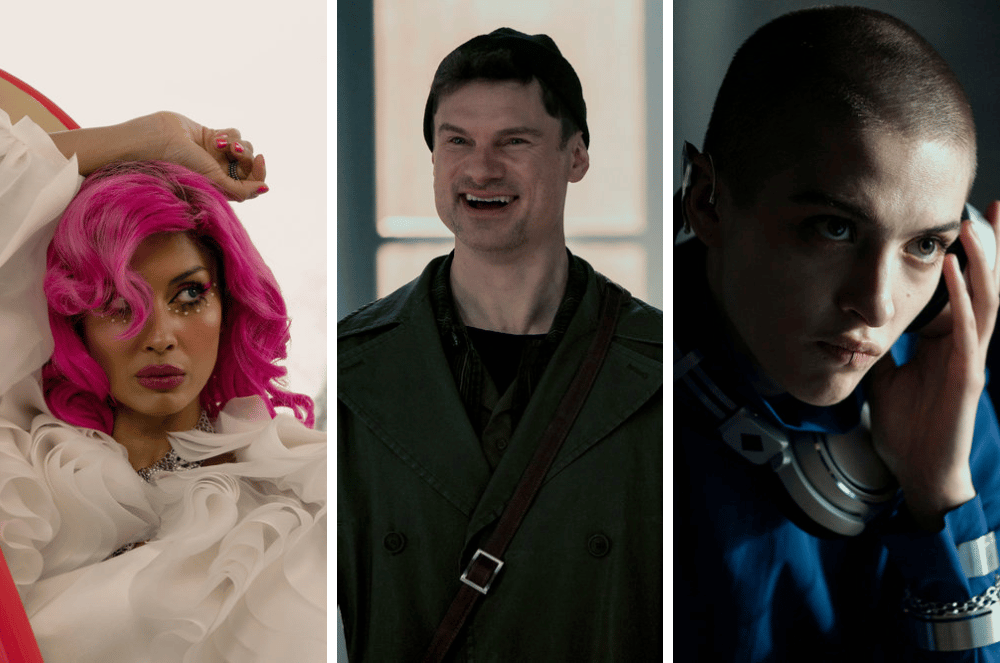 Having not gone on tour with John Mayer after all, Bumper, played once more by Adam Devine, remains entrenched at Barden University, before one day he receives a phone call from Pieter Krämer (Flula Borg), who of course was one half of the villainous German group Das Sound Machine from Pitch Perfect 2. Pieter lets Bumper know that his Tik Tok account has actually gone viral in Germany, and asks him to come to Berlin (hence the title) so Pieter, now a music talent Manager, can make Bumper into a star. Naturally, he agrees, and along the way he meets up with his Modern Family co-star Sarah Hyland (who plays Heidi), and new rival musician Gisela (played by Jameela Jamil of The Good Place and She-Hulk: Attorney at Law). This is the basic set-up for the fun Peacock series Pitch Perfect: Bumper in Berlin, except that unbeknownst to the audience until now, Pieter has a sister Thea, who also goes by DJ Das Boot, played by Russian model and now actress Lera Abova, who steals practically every scene in which she appears as a polyamorous artist.

The holy trinity of Abova, Jamil and Borg sat down recently on a virtual press day with Brief Take and were, perhaps not surprisingly, our most hilarious interview trio this year. Following our lead, Jameela Jamil revealed who was “bitch perfect” and who was simply ‘perfect’ on the show. The super fun trio also made jokes about who was crushing on who, how the show is ideal for the holidays, and how Lera Abova surprised everyone on set.

We also hit up showrunner Megan Amram, who worked on The Good Place with Jamil, to reveal her go-to karaoke songs, to discuss her Emmy Award-nominated web series An Emmy for Megan, and being ahead of the curve on The Good Place. A great place for you to be is clicking on the videos below: