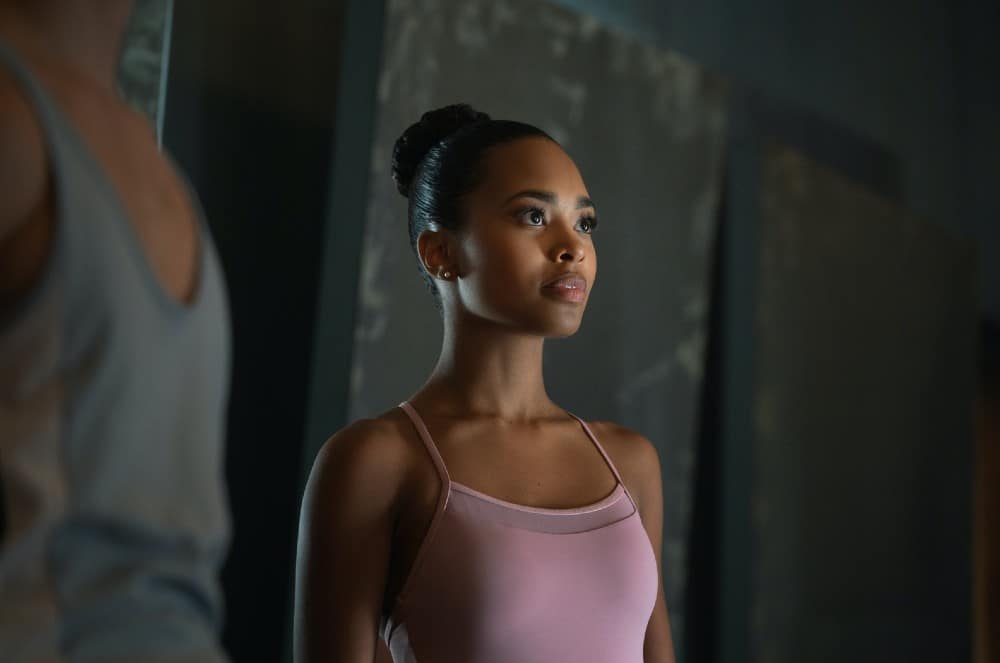 We just had a feeling, more than a year before the series was set to air on HBO Max, that we would be interested, no, obsesssed with the reboot of Pretty Little Liars. Whenever Roberto Aguirre-Sacasa is involved in anything, we definitely are going to sit up and take notice. But Pretty Little Liars: Original Sin is kind of a revelation in that Aguirre-Sacasa and co-showrunner Lindsay Calhoon Bring imagine a fresh take on the franchise, sprinkled in with more than a couple nods to the Scream movies, (which was in turn inspired by the films of John Carpenter), all of which combine to make PLL: OS  the ideal summer watch. This is even before we bring into the mix exciting young performer Zaria, who plays one of the central “Liars”, that being the character of Faran Bryant. Remember when before it was said that the show is a mix of homage and original story, well, wait until you see what Faran is up to as there is a wink and a nod to The Phantom of The Opera in the ballerina being instructed by one Madame Giry (Kate Jennings Grant), and having to take on the issue of racist micro aggressions within the dance community.

We chatted on Zoom video recently with Zaria as she opened up about how she had also auditioned for the character of Tabby (which ended up going to Chandler Kinney, more of her later on), as well as her explosive first meeting with the other liars, those being Bailee Madison, Kinney, Maia Reficco and Malia Pyles. The more that we spoke with Zaria, the more we got the distinct impression that like her character Faran, she works extremely hard and is an enigmatic performer.


New episodes of Pretty Little Liars: Original Sin are released Thursdays on HBO Max in the U.S. and Crave in Canada