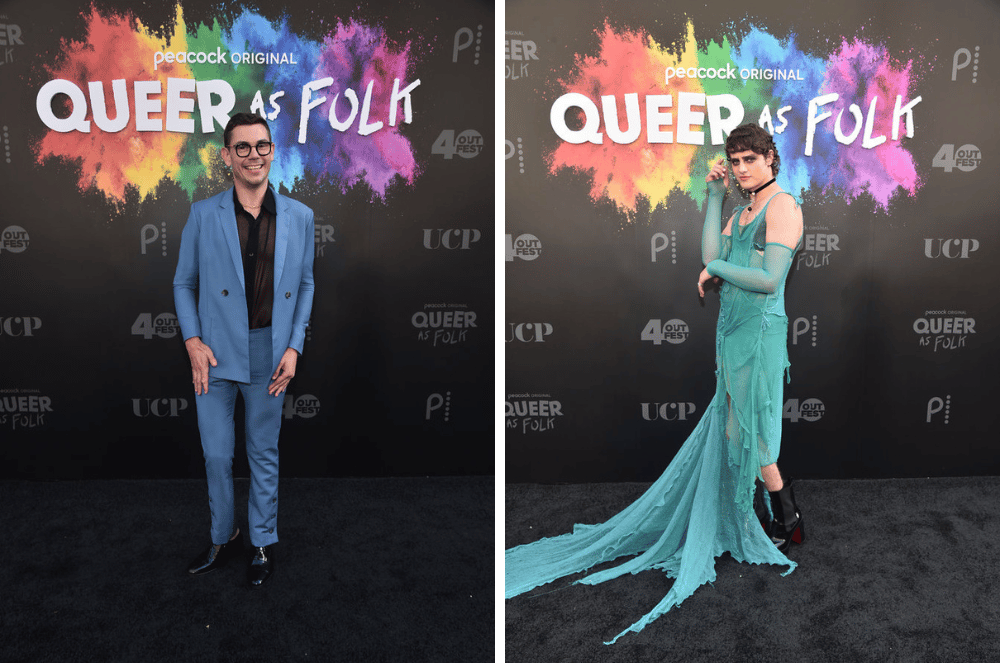 The Stephen Dunn-created series Queer as Folk is one of our top shows of the year, as it’s such an incredible playground, extremely diverse, but also challenging, at times funny, at other times extremely serious, but at each turn amazing us as to the lengths that a series can go to entertain and amuse but also provoke some difficult questions and not provide simple answers. Therefore, we were thrilled that on the video junket for the Peacock series, we were able to hear from two performers that we not only admire on the show, but that contribute to it in additional ways as well.

Ryan O’Connell is a writer and actor that we’ve watched in his own show Special, inspired by his real-life of growing up as a gay man with cerebral palsy, (yes, it’s a comedy) and based on his own memoir, (and he also wrote for season two of The Baby-Sitter’s Club). Fin Argus was always a performer that was intriguing and has recently come out as gay and as non-binary, (and they’re fantastic on the show as Mingus, an aspiring drag queen). Argus shares most of their scenes with Devin Way, who plays Brodie. O’Connell, as Julian Beaumont, Brodie’s brother on the show, doesn’t get to interact much with Mingus, but as a co-writer for the show, penning episodes four and seven, he pointed out that many of their shared memories took place off screen.

We cannot recommend this series highly enough; it’s a wonderful, deep, poignant, controversial watch that will keep you talking long afterward, and is the ideal series for Pride Month as well. Please click below for our special interview with the extremely articulate, and clearly happy to be paired together, Ryan O’Connell and Fin Argus: