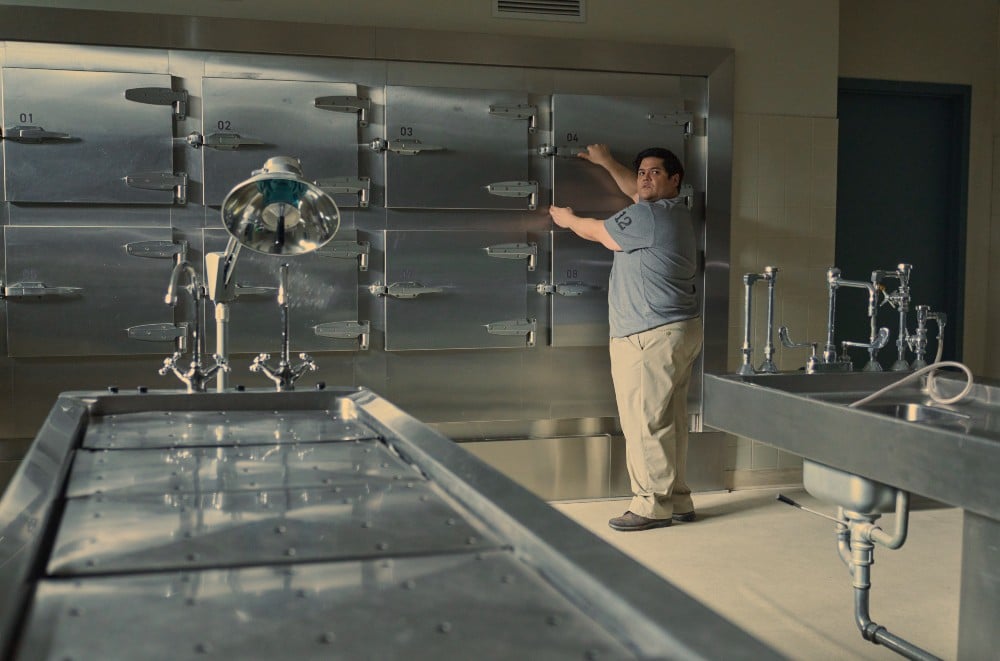 Little did we know it at the time but in our previous interview with Reacher‘s Harvey Guillén, who plays coroner Jasper on the hugely popular Prime Video series, the talented actor was actually on the set of the series. Therefore, to receive the opportunity to speak with him during the video junket for Reacher was a bit of serendipity for which we are extremely grateful. In fact, we had so enjoyed our chat with Guillén that we couldn’t help but mention to him that What We Do in the Shadows, in which he plays familiar Guillermo, had a really wonderful third season. And to avoid being an energy vampire, we quickly turned our attention to Reacher, for which Guillén is stealing scenes as the comic relief of the show (we learned that it is alright to say this about his character), as his deadpan delivery and humorous t-shirts make Jasper a standout character in an intense series.