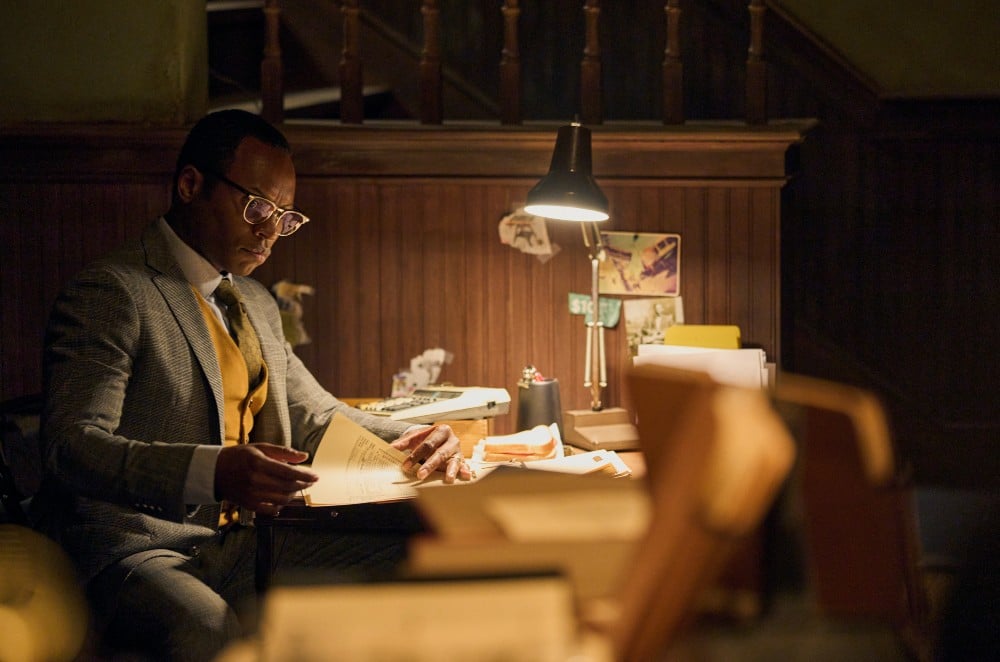 Malcolm Goodwin is almost unrecognizable in the extremely popular Prime Video series Reacher, but there is a certain quality with the actor that you can tell it is him underneath the glasses, tweed suits, and the defeated demeanour of Margrave police detective (Oscar) Finlay. But this happens to be the fifth (!) project for which the reliable Goodwin, who started in theatre and cites American Gangster as a breakthrough role, has worked with Showrunner Nick Santora. Of course, this may be the biggest role Goodwin has played to date on a Santora project, in that the role itself is meaty, but also that there isn’t a project of this size and magnitude, as Paramount Television, Skydance and Prime Video have helped Reacher become a big feeling show. Therefore, it is appropriate that Goodwin as Finlay gets a Die Hard moment in the final episode of the series and even more so, that the oil and water characters of Finlay and Reacher even manage to see eye to eye (and part of that has to stem from the natural chemistry between Goodwin and Reacher’s portrayer Alan Ritchson). For even more Goodwin, he delivers quite a different performance as another sort of detective, Clive Babineaux, on iZombie and we can’t wait to see him (as well as his iZombie co-star Rahul Kohli and his Reacher co-star Willa Fitzgerald) in Mike Flanagan’s upcoming anthology show The Fall of the House of Usher. But do check out Goodwin in Reacher as well as much more with Goodwin in the video below.