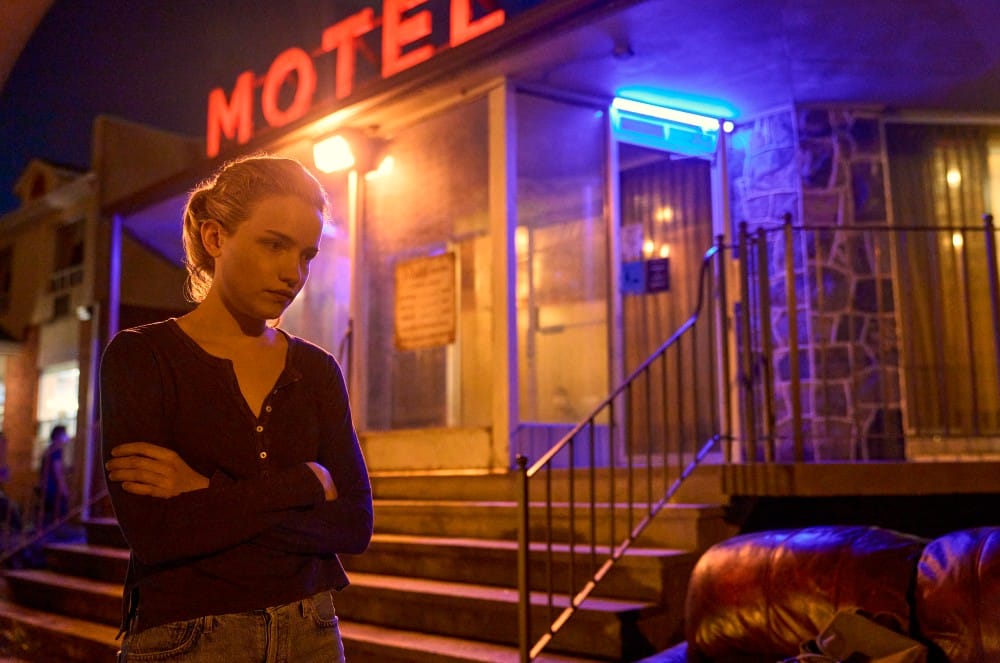 The versatile Willa Fitzgerald, who plays Roscoe Conklin in the wildly popular Prime Video series Reacher, rocketed to our attention from a series called Dare Me, in which she played the somewhat closed off coach of a girl’s cheerleading team named Colette French. Though the characters could not be more dissimilar, Fitzgerald points out a commonality in her performances, which also include MTV’s Scream, and announced after the exclusive Reacher video junket in which Brief Take participated, she’ll be joining her Reacher co-star Malcolm Goodwin in Mike Flanagan’s upcoming series The Fall of the House of Usher. Reacher is an accomplishment in Fitzgerald’s career as Roscoe more than holds her own as a police officer in Margrave opposite the hulking Jack Reacher (Alan Ritchson). Fitzgerald discussed how Toronto in April may pass as Georgia, but does not feel like the South, especially when dressing for a warm day. Fitzgerald also discussed how Margrave is in many ways a forgotten town, like many across the United States and Canada, and how the Nick Santora series really does have a lot to say about power imbalances but pairs this well with more action-based scenes. Above all, Fitzgerald stresses her strong connection with literary adaptations, and supporters of the ‘Reacher’ books by Lee Child will probably gravitate instantly to the series, as well as newer fans discovering this rapidly rising talent and wanting to see more of her.