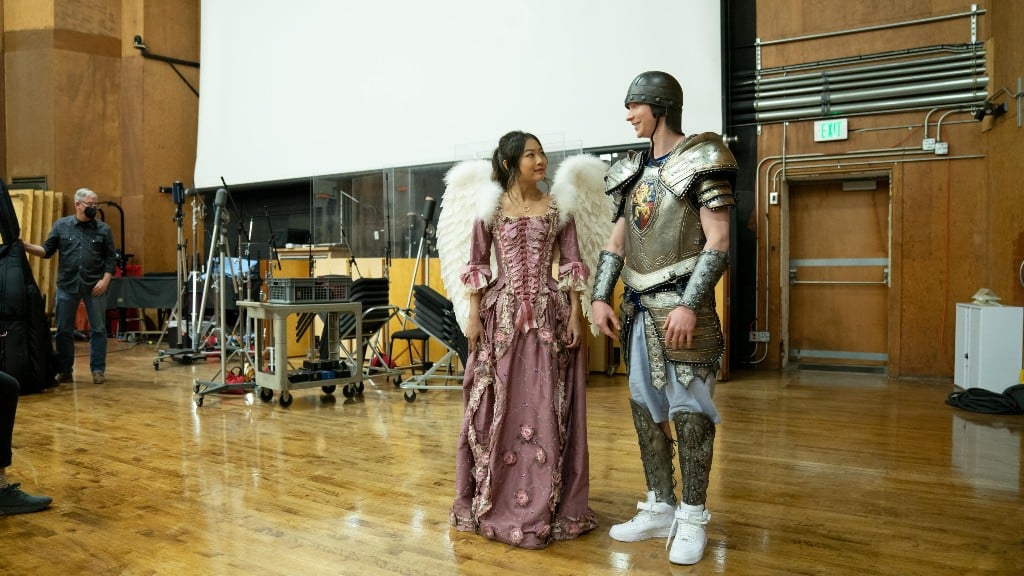 Reboot is Steven Levitan’s follow-up to his wildly successful series Modern Family and centres on an early 2000’s family sitcom called Step Right Up which has been rebooted by Hulu (*wink wink*) and involves the dysfunctional cast dealing with unresolved issues in the modern comedy era. The character that is played by Calum Worthy on the show definitely fits into the category of needing to reboot or update himself as he plays Zach Jackson, a former child star that definitely feels as though he is stuck in the early 2000’s. His Zach plays Cody on the show within a show, but also starred in a huge number of teen movies that were direct to DVD, and one of the jokes on this meta sitcom is how monstrously funny the name of each movie was in turn. In contrast, Krista Marie Yu plays a character called Elaine Kim, who very much exists in this modern comedy era. She is the young Hulu executive that is in charge of the series Step Right Up in its physical evolvement, but she is extremely uptight and needs to have a little bit of fun. This is how an episode that involves the two characters, a meeting of opposites, appears to be a real standout, as they bring out the best (and worst) in each other and appear to possibly be positioning the pairing for a little bit of romance later on in the season.

In an exclusive chat with both of these talented thespians on the Zoom junket for the series Reboot, we asked Worthy which show he would be interested in rebooting and he surprisingly went with a show that he was on himself as a child actor (shades of Cody?), the popular series Austin & Ally, which also starred Ross Lynch and Laura Marano. Krista Marie Yu, who had great respect for her co-stars in Dr. Ken and Last Man Standing, went with the series King of Queens and added herself to the cast as the adopted daughter. Then she shouted out her creator Levitan’s series Modern Family.

Reboot is now available to watch on Hulu