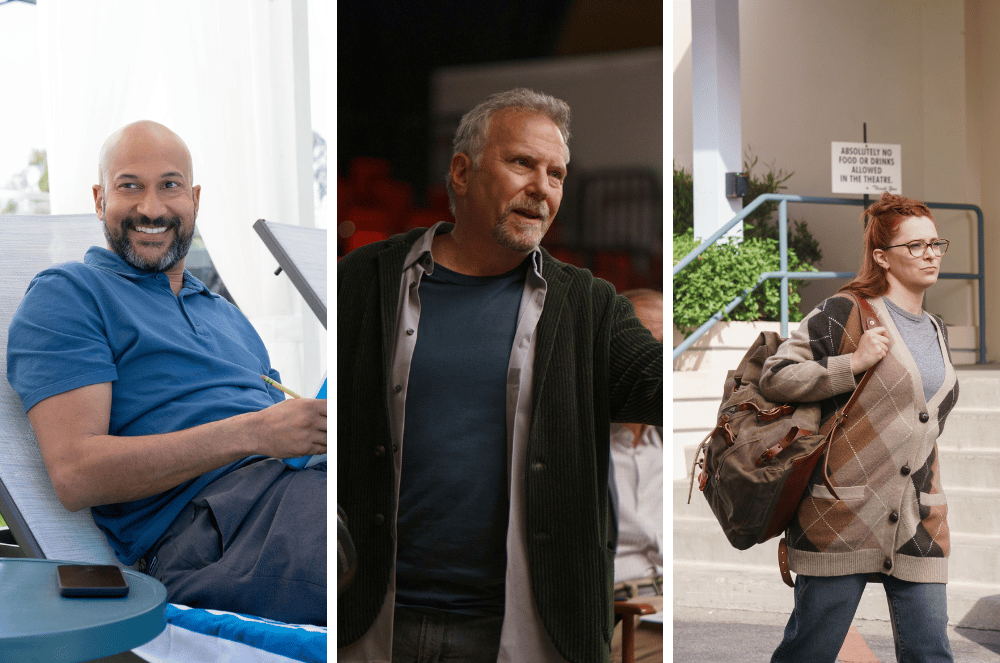 Reboot is Steven Levitan’s hilariously self-referential Hulu series about the popularity of rebooting shows, in this case it is an early 2000’s sitcom entitled Step Right Up, which at the time was your typical sort of family sitcom, but now is being recast as an edgier and more millennial friendly product (and is a streaming show for Hulu, as is Reboot itself). And speaking of recast, the role of Gordon Gelman, the time passed him by writer who originally created the series Step Right Up in an extremely different era, was going to be played by Better Call Saul‘s cantankerous Michael McKean, before being recast with sitcom veteran Paul Reiser. Reiser has had a quite a year, between appearing as The Legend in The Boys and returning as Dr. Sam Owens in Stranger Things and concluding his run as Martin Schneider in The Kominsky Method, and just announced as returning in Beverly Hills Cop: Axel Foley. Speaking to Reiser again on a junket was a delight and he impromptu launched into a bit based on his co-star, the wonderful Rachel Bloom, sneezing during the Zoom video interview. In fact, Rachel Bloom is someone with whom we have been looking forward to speaking for a while, having enjoyed her homemade videos as well as her enchanting turn as Rebecca Bunch on Crazy Ex-Girlfriend, a show she co-created. This sets her up perfectly for the role of the writer of the newer and edgier version of Step Right Up. She also told a fascinating story about the original sitcom The Goldbergs.

As well as this wacky pairing, we spoke with a long time favourite, Keegan-Michael Key, fresh off his success in The Prom, Apple TV+ series Schmigadoon! and many other recent projects. Key plays Reed Sterling, the star of Step Right Up who is perhaps most stuck in the past, still pining for his co-star Bree Marie Jensen, played by the delightful Judy Greer. Key selected a “deep cut” series to himself reboot, the early 80’s tv show Manimal.

Reboot is now available to watch on Hulu