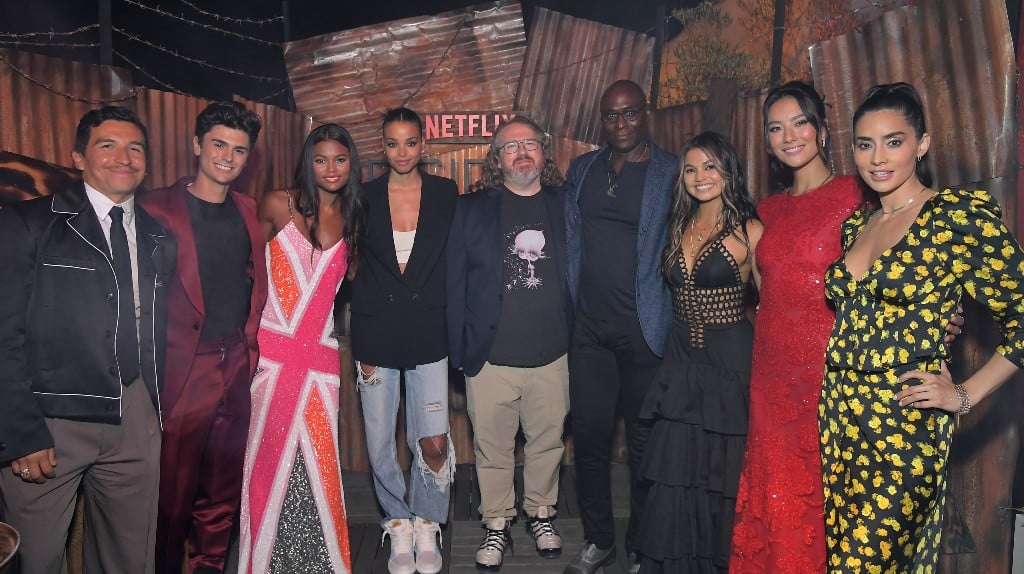 Of all the virtual interview rooms that we were going to be encountering on the video junket for the highly anticipated Netflix series Resident Evil, perhaps the one that we were most looking to experience was the one with Adeline Rudolph and Paola Nuñez. Rudolph has been the highlight of many of our favourite shows and we especially enjoyed her standout performance in the Netflix series Chilling Adventures of Sabrina, as Agatha, one of the Weird Sisters. Rudolph followed this standout performance with another chilling turn, this time as an art appraiser with the power of persuasion on a series with the same DNA as CAoS, the campy series Riverdale, which also includes a reference to an Eldritch Terror. Rudolph completes this hat trick of sorts on Resident Evil, playing Billie Wesker, the long presumed dead / missing sister of the protagonist Jade Wesker (and working with director Rob Seidenglanz, from Riverdale and Chilling Adventures of Sabrina, who would know of Rudolph’s abilities).

In addition, this was kind of the villain room as Paola Nuñez, previously phenomenal in Bad Boys for Life and The Purge television show, delivers a wickedly evil performance in Resident Evil as Evelyn Marcus, the CEO boss of Lance Reddick’s Albert Wesker. Nuñez is the scene stealer of the series and is a delight to watch, and will likely be as well in the upcoming highly anticipated Netflix series, Mike Flanagan’s The Fall of the House of Usher. Make sure to watch out for her Dua Lipa dance scene, as we certainly enjoyed it. The Resident Evil room of Adeline Rudolph and Paola Nuñez, who are both sort of villainous on the show, couldn’t be any nicer in real life and it was a treat to speak with these talented actresses.