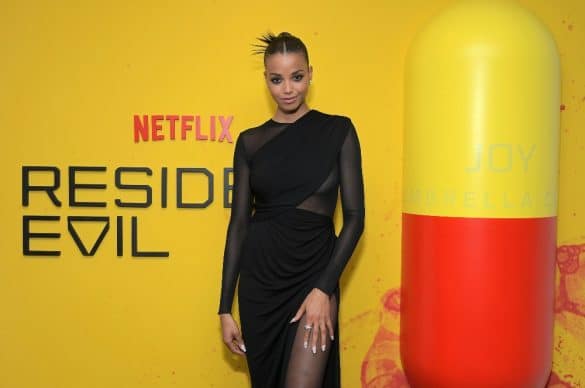 One compelling reason to watch the Netflix series Resident Evil is to catch the brilliant performance of U.K. actress and leading lady Ella Balinska as Jade Wesker. We have always enjoyed Balinska’s performances, specifically in the underrated Elizabeth Banks version of Charlie’s Angels, opposite Kristen Stewart and Naomi Scott, and we are also really looking forward to the well-received film Run Sweetheart Run, which will be streaming on Prime Video this fall. But it is in Netflix’s Resident Evil, as the grownup version of the character also played by Tamara Smart, that Balinska commands the screen (and what is more, she handles the physically challenging action sequences in the series with relative ease).

During our video junket interview, Balinska was extremely charming and friendly as she raved about Tamara Smart and how they went about working together to craft the same character at different ages. She also talked about the experience of filming the series in South Africa, as the country certainly is reflected in the atmosphere of the show. Lastly, she discussed the importance of being physical in many of her roles and even more importantly, having fun while she is working. Balinska certainly seemed to be having a great time making the (at times) gruelling series, and this sentiment was reflected by Resident Evil executive producer-writer (and former Supernatural writer) Andrew Dabb, who in our chat discussed the importance of casting all of the Wesker family members (Balinska, Lance Reddick, Tamara Smart, Siena Agudong, and Adeline Rudolph), but made sure to single out Ella Balinska as a leader on the set.