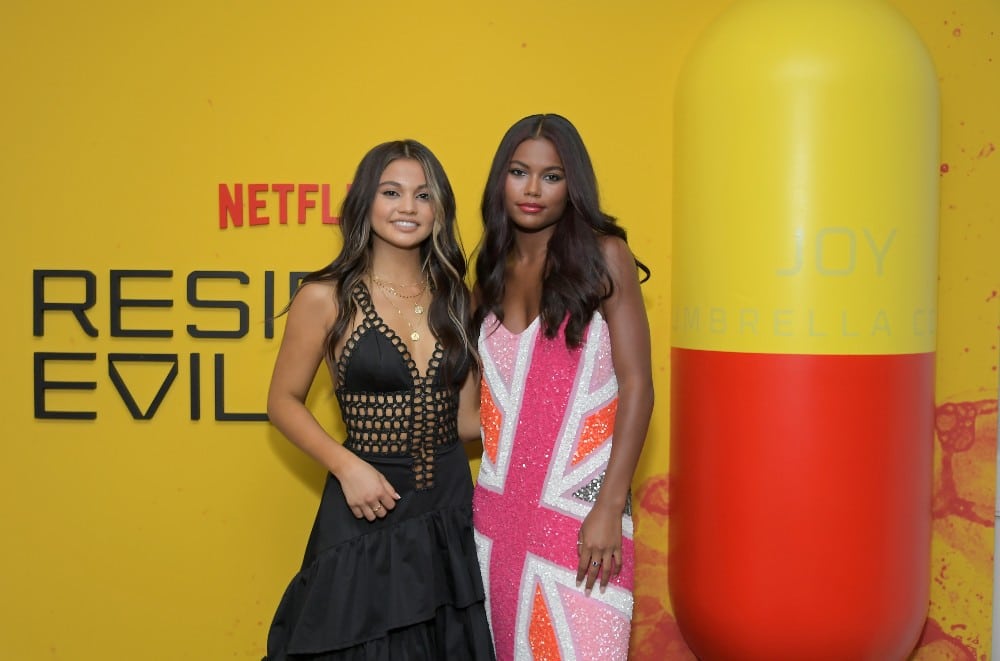 What a treat it was for Brief Take to participate in the video junket for the highly anticipated Netflix series Resident Evil. Part of the reason that the invite was such a treat is that we again had the opportunity to speak with an incredible emerging young talent (though certainly older than the previous time that we spoke with her), this being the portrayer of Jade Wesker in her younger years, U.K. actress Tamara Smart. We had previously chatted with Smart in support of the Kenneth Branagh-directed Artemis Fowl, as well as to preview an additional Netflix project based on a book, which was A Babysitter’s Guide to Monster Hunting, in which Smart acted opposite Oona Laurence, Tom Felton and Indya Moore. This time, it was paired for Resident Evil, and the young actress that worked primarily with Smart is no slouch herself when it comes to highly anticipated projects, that being Siena Agudong, who also appeared in F9, as the young Mia, as well as the Upside-Down Magic, as Reina for Disney Channel. Clearly, this Hawaiian actress is on the rise, and here she plays the young Billie Wesker, sister of Smart’s Jade Wesker. How the pair can be sisters is answered in the adaptation of the video game series that was filmed in South Africa. Theo duo clearly enjoyed working together as well, as Smart and Agudong raved about each other, with Smart also mentioning that she formed a bond watching horror content with the actress that was playing her older self, that being Ella Balinska.

Then in a separate interview, the actor who plays their father, The Wire‘s Lance Reddick, discussed how much he enjoyed the company of and imparted his wisdom upon the young actresses (although as you see in the series, the father and daughters have sort of a…complicated relationship). More below with Resident Evil‘s Tamara Smart and Siena Agudong, and also Lance Reddick.