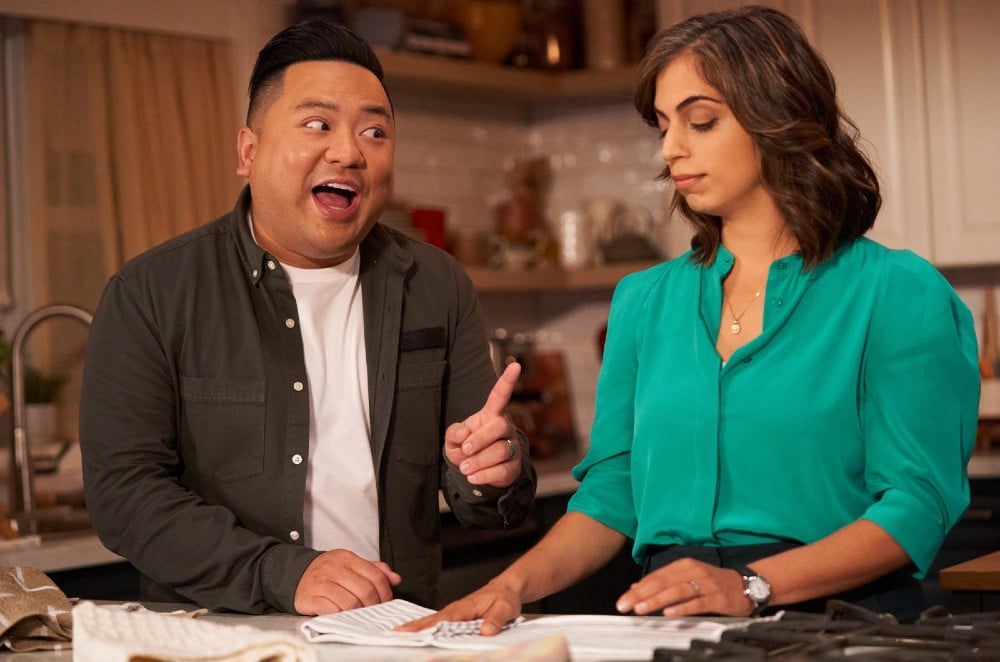 Run the Burbs is an exciting new series from one of our faves at Brief Take, Andrew Phung (who was previously seen as Kimchee in Kim’s Convenience and can be seen upcoming in Roast Battle Canada), and is created by Phung along with his creative partner Scott Townend. Paired with Phung on this exclusive interview is Rakhee Morzaria, who plays Andrew’s wife Camille. While this was our first time interviewing Morzaria, we had heard wonderful things as Canadian talented people in the know simply rave about her work. Phung and Morzaria, playing the Phams on the CBC “throwback” sitcom, are a wonderful pairing. Morzaria clearly looks up to Phung as a mentor, and interestingly, is actually a part of the writing staff for the show. The energy coming from this pair is wonderful, as Phung in front of his wall of shoes that he showed off previously in the junket for the final season of Kim’s and Morzaria was extremely polite and brings the fire. They did not state if they were in the burbs, but you better run to watch this lighthearted interview with Andrew Phung and Rakhee Morzaria of Run the Burbs.