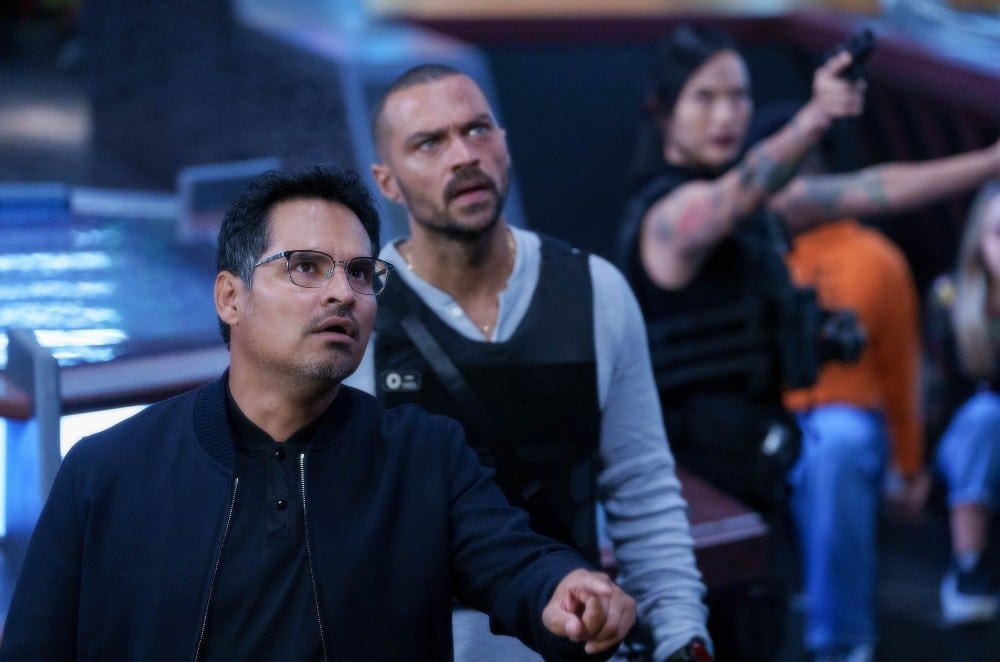 The Paramount+ film Secret Headquarters represents something kind of new in the superhero genre, as it’s a fun superhero family movie. While the young adult stars (rising star Walker Scobell, The Baby-Sitters Club‘s Momona Tamada, Keith L. Williams, Kezii Curtis, and breakout Abby James Witherspoon) are the focus of the film (and are all sensational), we requested to speak to the villains of the movie, screen icons Michael Peña (who plays Argon) and Grey’s Anatomy‘s Jesse Williams (who plays Irons).

On the virtual junket for the film, we began by congratulating Williams for his amazing work with Advancement Project, which is designed to represent and redefine Black male identity in America. We then poked a little bit of fun at Michael Peña for having the most memorable moment in this or pretty much in any superhero movie, in which he starts to overheat a little bit while wearing an extremely boiling supersuit toward the end of Secret Headquarters. In fact, that’s what we enjoyed most about the heartfelt superhero movie is that it doesn’t take itself extremely seriously, and what’s more, extremely funny actors like Peña and Williams have the chance to show off their range a little bit, all the while balancing serious projects (Williams singles out Peña’s work in Cesar Chavez) to perhaps stretch the perceptions of them a little bit as to fitting in one particular box. What is more is that not only do they both possess some serious comedic chops, but also some boogieing ones as well, as they recounted dancing stories with the young cast. But it was at the end of our Zoom video conversation that the pair really opened up as they recounted stories of being touched by their interactions with fans of theirs, and not so much for their acting work, although that as well, but for their aforementioned charity work and for giving back to their community.

Watch below for our super interaction with Jesse Williams and Michael Peña of Secret Headquarters:

Secret Headquarters is now available to watch on Paramount+