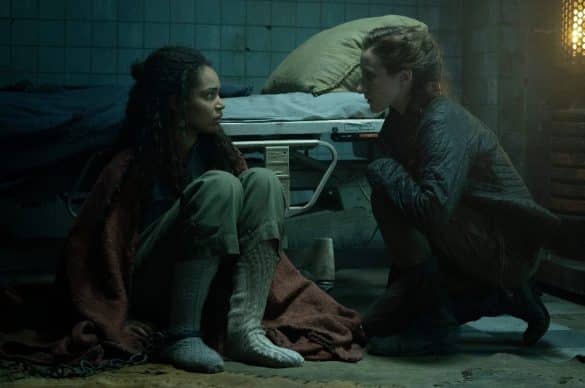 Santa Monica-born, New York-bred Eden Epstein almost immediately jumps into the action as Wren on the second season of the epic Apple TV+ series See. She holds her own and then some alongside behemoths Jason Momoa and Dave Bautista, legendary icon Alfre Woodard, and Canada’s own Nesta Cooper, with whom she shares some pretty cozy scenes. In our exclusive Zoom video interview with the talented and badass Epstein, we talked about senses, fight training, her experience filming in a Toronto blizzard (in a pandemic no less), a bit about which themes appeal to her, and what to look forward to on the action-packed series. In addition, while the conversation was, forgive us, a little bit, Eden-ic, Epstein revealed that she has pretty serious dreams to create some kick ass (in the additional sense) female-driven content of her own.

New episodes of See are released every Friday on Apple TV+