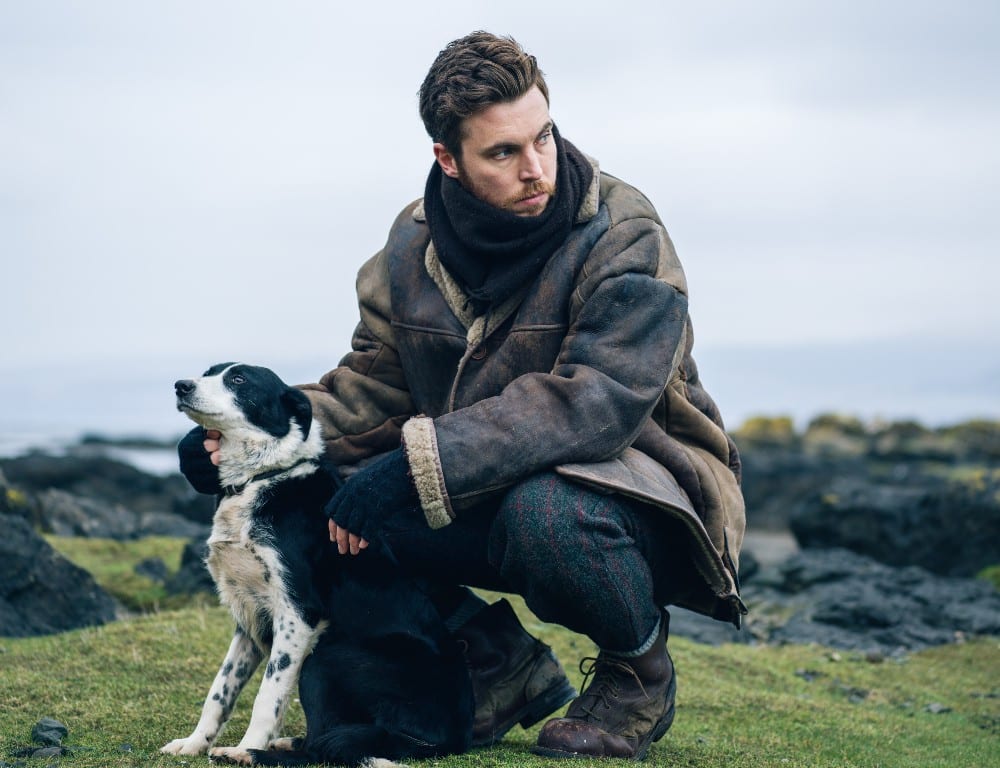 British actor Tom Hughes is an exceptional talent and a specific type of craftsman, which is evident in our interview with him in which he discusses his immersion in Shepherd, a film written and directed by Russell Owen. It seems to be the type of film that would require a bit of separation (other than the fact that it happened to film over three years ago), though the atmospheric horror movie is about grief and mental health. The main character, Eric Black (Hughes), banishes himself to an island after mourning the death of his pregnant wife and wrestles with both his own sanity as well as a supernatural demonic force. But what strikes us as surprising is how Hughes seems to revel within what an immersive shoot this was, for six weeks on the Isle of Mull. What is more is that he talks about watching the movie (while drinking a gin & tonic) and rather than the experience of strangers or audience members sticking with him, he talks about that of his nearest and dearest, who were watching the film with him, and how much their reaction means to him, as well as his own reaction to it as well. Also seen in A Discovery of Witches, the series Victoria, and Trevor Nunn’s Red Joan, Hughes seems to be a singular actor, and it didn’t surprise us in the slightest when he expressed a desire to one day work with Gary Oldman, who seems to exist on a similar wavelength as Hughes. The actor also spoke of what great experiences he had working with Chiwetel Ejiofor on several projects as well as the importance that his songwriting has to him and how he writes a new song every single day (though, sadly, he did not sing one of these songs to us). However, we were delighted to delve into his process a little bit and especially when it comes to a film such as Shepherd, which we termed a “tone poem” and Hughes seemed to agree with this description. Though the film may not be for everyone, it will resonate with a select audience as much as it did for its leading man.