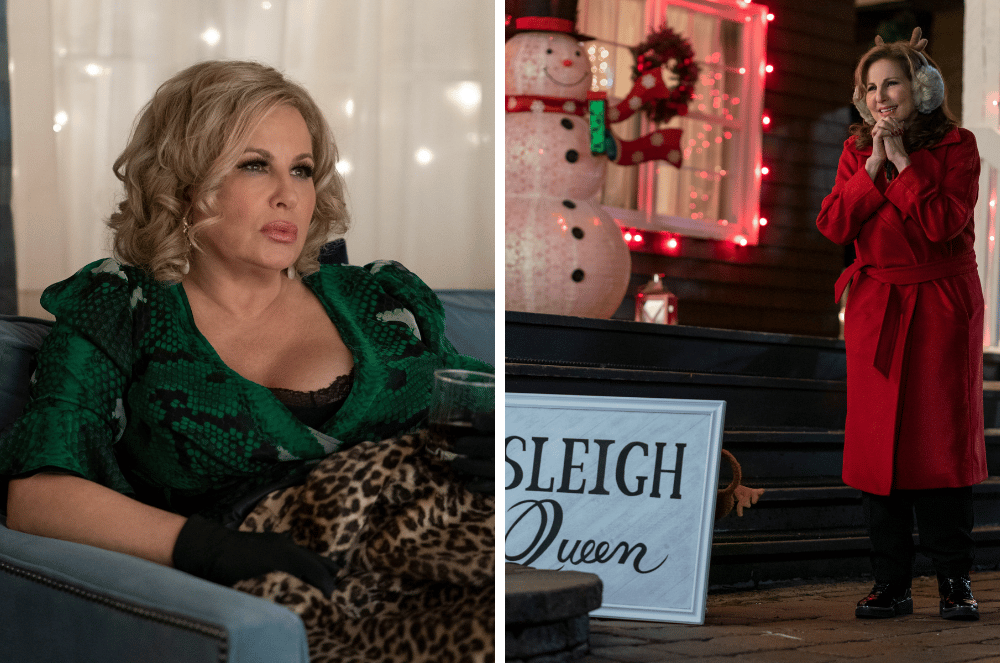 Mothers, what you can you say about them? Appropriately after playing a nun (a Sister) in the movie Sister Act, Kathy Najimy plays a mother this time. In fact, Najimy is the mother of Michael Urie’s Peter in Single All the Way, Netflix’s first gay holiday rom-com. Appropriately for a holiday movie, Najimy’s character is also named Carole. There is no way in the world to fault the addition of actress Jennifer Coolidge to anything at any time and she’s here. Fresh off of her memorable turn in the HBO series The White Lotus (set to return in 2022!), Coolidge commands the screen in Single All the Way as Urie’s aunt Sandy in this delightful affair. Najimy has her husband in tow in the movie, as Dan Finnerty, possibly better known as the creator of The Dan Band, appears in the movie as Kevin the Snow Plow Guy. Peter is fortunate to have these two comedians in his family and we were gifted to hear from Coolidge and Najimy during a virtual press day for the Montreal-shot Single All The Way. Najimy and Coolidge brought the laughs, cracking up each other and us.

Single All the Way is now streaming on Netflix