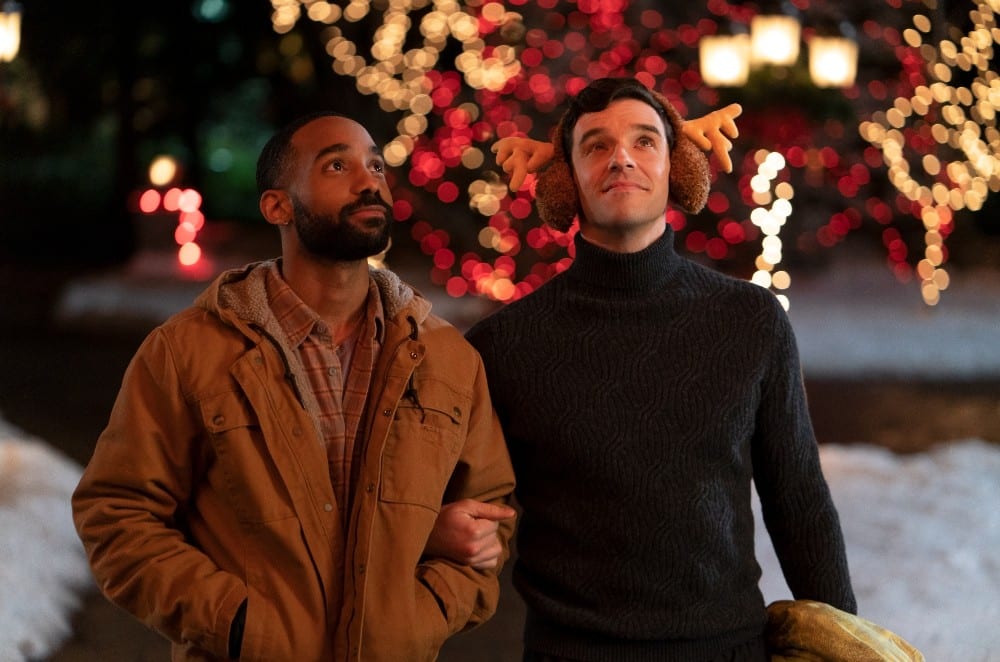 Single All the Way provided Brief Take the opportunity to chat with the awesome Michael Urie about his role in the holiday movie as a young gay man who goes home for Christmas and convinces his best friend (played by newcomer Philemon Chambers) to join him. Think of it as a kind of reverse Happiest Season (only shot in Montreal playing New Hampshire instead of Pittsburgh playing Middle America). While most people know Urie from his scene-stealing turn on Ugly Betty, it should be known that he’s also having a banner year starring in not only Single All the Way, but also the Apple TV+ film Swan Song. Watch our fun and festive video interview with Michael Urie and Philemon Chambers here:

Single All the Way is now streaming on Netflix