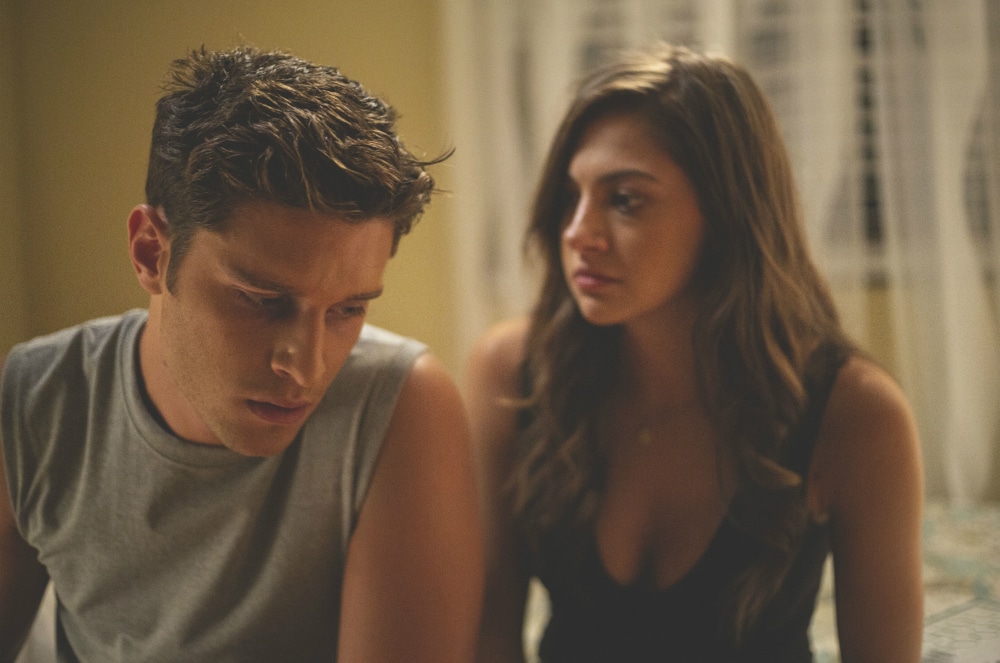 As a strange wave of mysterious drownings of male college students plagues the California coast, Jake Graham (Ronen Rubinstein) struggles to keep his life together at school. Finding himself stalked by a hooded figure (Crispin Glover) driving an unmarked van, Jake fears he may become the next victim in the killers’ horrific spree.

I recently had the opportunity to sit down over Zoom video and speak with the film’s stars Ronen Rubinstein and Mia Serafino about the film’s depiction of depression and addiction, whether they believe there are ‘smiley face killers’ out there, and what they’ve been watching lately.

Smiley Face Killers is now available on Digital, On Demand, Blu-ray and DVD