written by Charles Trapunski May 5, 2022 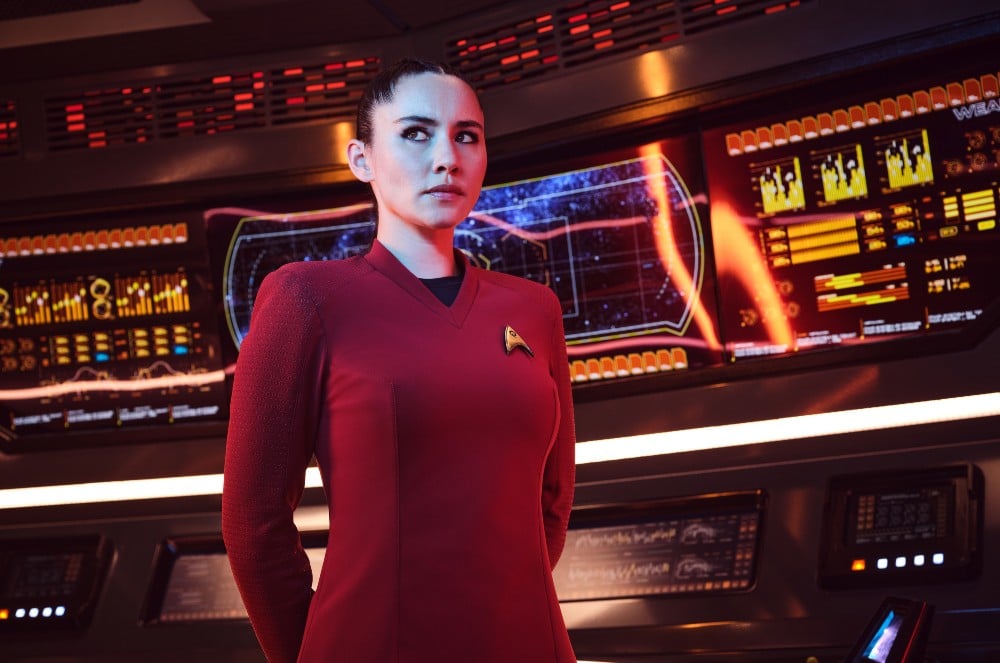 Christina Chong is a performer that we have long admired, and as the talented British actress herself mentions, these performances tend to gravitate to science fiction content. Therefore, you would think that Chong would be an extremely natural fit in the Star Trek universe, right? Well, not so fast. According to Chong herself, speaking with Brief Take on an off day from shooting, she didn’t even know that much about the Gene Roddenberry franchise and wasn’t actively a Star Trek fan, almost auditioning and gaining the role without even trying. We were surprised to hear such raw honesty in a video interview, but she then astonished us by speaking about how she dug into the history of Star Trek, learning as much as she could before settling into the world of Star Trek: Strange New Worlds. In fact, she seems so right for the role of La’an Noonien-Singh, the Number One on the ship (along with Rebecca Romijn’s Number One…well, it’s kind of a long story). But wait a minute, you must be thinking. Isn’t that last name the same one as Khan, the famous villain played by Ricardo Montalban in Star Trek II: The Wrath of Khan, and then by Benedict Cumberbatch in Star Trek Beyond? Well, this Noonien-Singh is a distant cousin of that Khan, because this one works with the Federation. In fact, despite a small stature, La’an is a massive presence on the reimagined series and a major standout. This translates to interviews as well, as Christina Chong was genuinely one of the most spirited, energetic and downright fun talents to whom we had spoken in a while.

Here is an interview to which you should boldly go and click on the link below for more with the awesome Christina Chong of Star Trek: Strange New Worlds.

Star Trek: Strange New Worlds premieres tonight on CTV Sci-Fi Channel and Crave in Canada, and on Paramount Plus in the U.S.