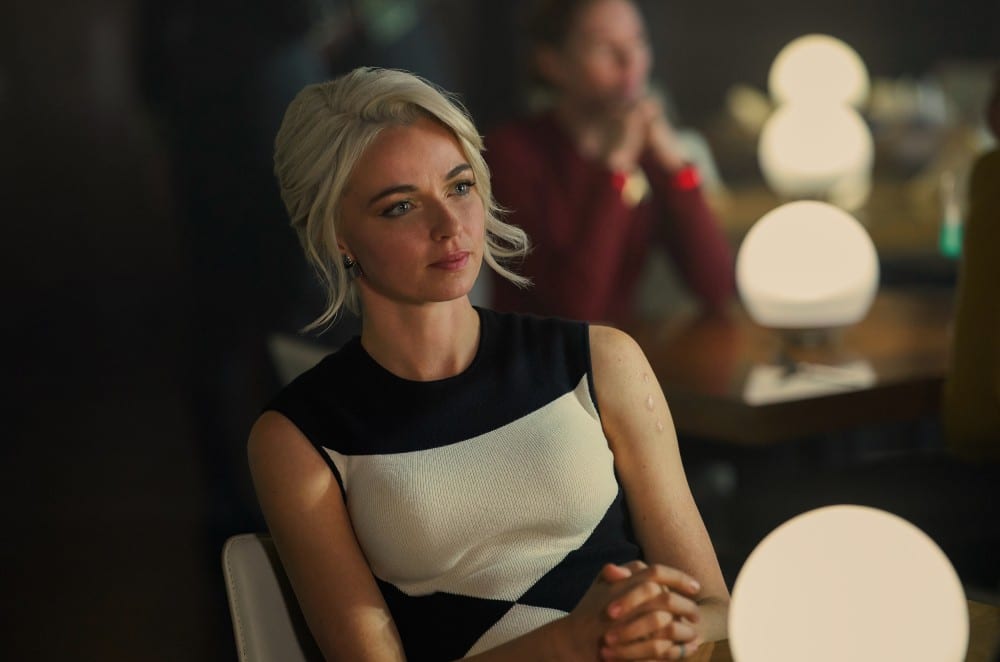 The excitement was definitely present for being able to speak with the portrayer of Christine Chapel on the extremely well-received new series Star Trek: Strange New Worlds, the breakout actress from Brisbane, Australia, Jess Bush. The reason is because the series has already been renewed for a season two (yay!) and what is coincidental yet still refreshing is that the show films on a massive set right outside of Toronto. We recently spoke with Jess Bush via Zoom video from nearby and this definitely reflected in the interview as we felt a sense of ease and comfort as if we happened to know Bush for a long time. But in fact, we had been doing our research, as we devoured five episodes of Star Trek: Strange New Worlds, (Bush’s character arc is revealed in good time, so be patient), and also we learned that Bush is a jewelry designer and her pieces happen to appear on the show as well! Her work on the sci-fi series is fantastic, even though we are learning bits and pieces about Nurse Christine Chapel in this reimagining of Star Trek. Bush also spoke lengthily about how her Bee Totem project informs her as a human being, but also the spirit of devoting herself to her work and taking the time to carefully place each individual bee into a sphere of crystal resin in the installation, her sense of dedication and a quest to bring her encapsulating project of over three years to completion crosses over into her work on the show. In all senses, Bush came across as a careful craftsperson and discussed how much she enjoys filming the series in Toronto, well now that the weather has improved (and that Toronto wild animals, unlike Australian ones, are mainly friendly), and spoke about the shared bonds between Canadians and Australians. As well, as this is a video interview, she happened to show off that she was wearing a Starfleet insignia designed earring designed by her cast mate Christina Chong, which was presented to her as a wrap gift for season one.

Watch below to learn more about Star Trek: Strange New Worlds from the compassionate and spirited Jess Bush:

New episodes of Star Trek: Strange New Worlds are released Thursdays on Paramount+ in the U.S. and on CTV Sci-Fi Channel and Crave in Canada.