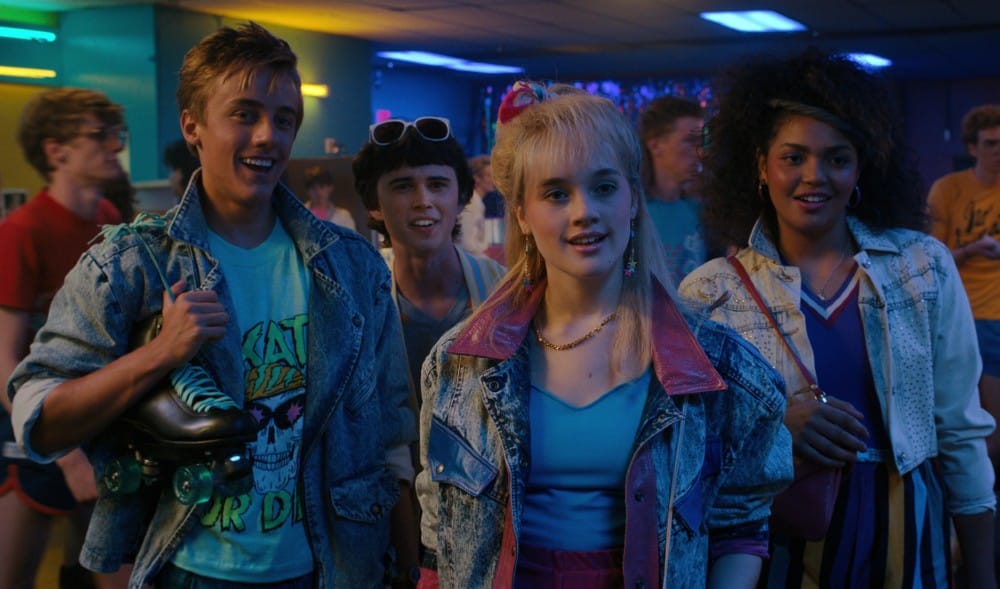 If you’ve seen this season of the highly anticipated Netflix smash hit series Stranger Things, you’ll quickly notice that the breakout star of the season is the British-American actress Elodie Grace Orkin. Orkin plays mean girl Angela, who torments the transplanted Jane (better known as Eleven, and played by series stalwart Millie Bobby Brown). There is rollerskating and bullying, and yet the portrayer of Angela could not be nicer in real life, as we discovered in a video interview conducted earlier in the week. Elodie Grace Orkin shared with us some of the secrets of the Albuquerque (subbing for the fictional Lenora Hills, California) set, including that all the vending machines were filled with period correct 1980’s snacks. Orkin also regaled us with stories of her musical background, as well as how Millie Bobby Brown welcomed her to the set (antagonists on screen, great friends off of it). Orkin revealed that she herself hasn’t seen more than the first episode of this darker than ever season of Stranger Things, nor did she even get to read the other plot lines. Therefore, she will be having a viewing party with her nearest and dearest to discover what this season has to offer.

Watch below for more with this season’s breakout star in the making, 17-year-old Elodie Grace Orkin of Stranger Things.