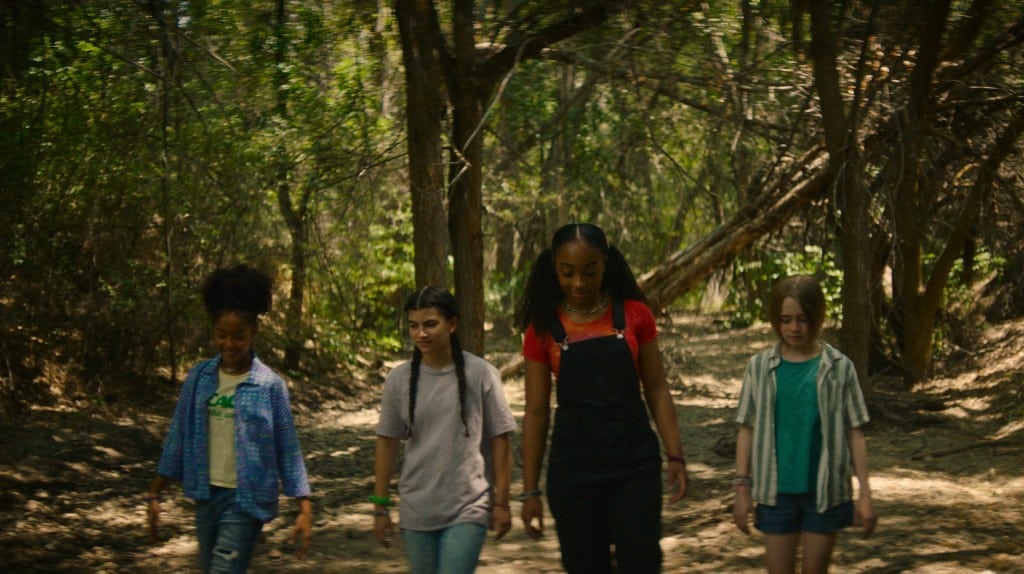 During the video junket for the tender film Summering (which we quite enjoyed), we sought out the chance to speak to its director as we’re big fans of James Ponsoldt and his work. In fact, we should have called Ponsoldt a director/co-writer/producer, as along with co-writer Benjamin Percy, this is the role that he takes on for this particular film. In our Zoom video chat, Ponsoldt chatted with Brief Take about making a new Stand By Me-like movie for all genders and for all generations. This film actually features of a quartet of young, diverse, female leads, and separately we talked to 3/4 of them, the three being Lia Barnett, energetic Sanai Victoria and Eden Grace Redfield (the fourth, absent on the junket day, being Madalen Mills). In addition, Ponsoldt shared how he worked with a mainly female creative team for the movie, including cinematographer Greta Zozula, who had previously helmed for titles The Half of It and Becky. Ponsoldt also received his daughter’s input for the movie, as his films have grown up a little bit along with him, as his previous favourites that we had connected with were Smashed, as well The Spectacular Now, The End of The Tour, and Ponsoldt is also confirmed to be directing episodes of Prime Video’s Daisy Jones and the Six and the Apple TV+ series Shrinking. One more thing that we absolutely made sure to ask about was the Taylor Swift song ‘Seven’, which plays over the closing credits of the movie. We noted to Ponsoldt that Swift rarely allows her preexisting songs to be used for movies, especially if she isn’t involved in the creative process, and we asked how he had received the rights. He stressed she was supportive of the subject matter of the film and went through the usual channels (i.e. begging).